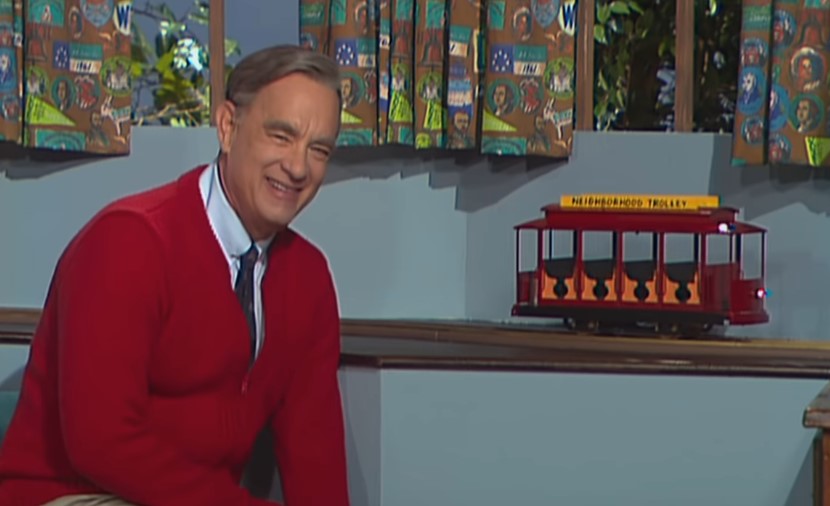 Mr. Rogers from Mr. Rogers’ Neighborhood has recently gotten in the spotlight, what with the documentary Won’t You Be My Neighbor? from last year. Now a biopic starring Tom Hanks is set to come out later this year, and Sony has dropped the first trailer for A Beautiful Day in the Neighborhood.

Tom Hanks portrays Mister Rogers in A Beautiful Day in the Neighborhood, a timely story of kindness triumphing over cynicism, based on the true story of a real-life friendship between Fred Rogers and journalist Tom Junod. After a jaded magazine writer (Emmy winner Matthew Rhys) is assigned a profile of Fred Rogers, he overcomes his skepticism, learning about empathy, kindness, and decency from America’s most beloved neighbor.

For decades Fred Rogers was a beloved figure in television and he helped raise generations of kids with his show. You’d think it was meta casting that they would get Tom Hanks to play him since Hanks himself has several movies that kids grew up on, and his wholesome personality offscreen can be likened to that of Mr. Rogers as well.

While this movie alone looks interesting, I suggest you check out the documentary Won’t You Be My Neighbor? to get a good look at the real story of Mr. Rogers. If anything, the biopic will have to take liberties with the truth for a better narrative structure, but that can be expected with every biopic.

A Beautiful Day in the Neighborhood comes out Nov. 22.