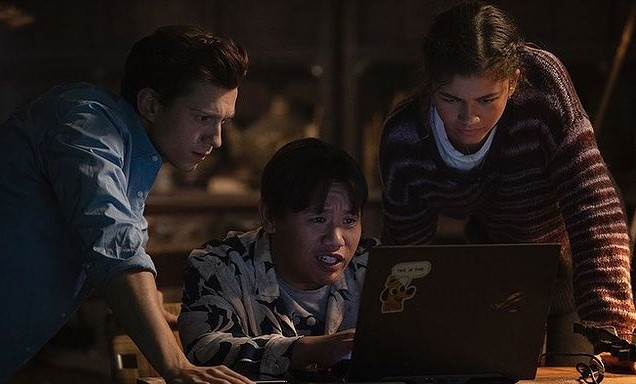 UPDATE: Tom Holland has revealed on his IG that the actual title for Spider-Man 3 is Spider-Man: No Way Home. Here’s the reveal:

the original article is as follows:

A lot of people are excited for the follow-up of Spider-Man: Far from Home, and it’s only a matter of time before Sony drops the first trailer. What’s interesting is, Tom Holland has shared what looks to be the official title for Spider-Man 3, but the twist is, his co-stars Zendaya and Jacob Batalon have also dropped very different titles; the question is, “which is the real one?”

As the three have shared, the possible titles for Spider-Man 3 are Spider-Man: Phone Home, Spider-Man: Home Slice, and Spider-Man: Home-Wrecker. If it’s any consolation, we do have some new images of Holland, Zendaya, and Batalon (who has lost a significant amount of weight) in the film. We don’t have any context on the photos yet, but hopefully this means we’ll get some more official shots down the line.

While we didn’t get an official reveal yet, it’s possible that it could be happening soon, what with Holland appearing on The Tonight Show. If anything, the internet is having a gas just coming up with different titles:

Not sure how I feel about the new Spider-Man title: pic.twitter.com/hC5c3fkHpK

My only question for the night. Shout out to my fellow Spider-Man ppl pic.twitter.com/eqEjAVHkTr

I’ll admit, I don’t get why Marvel and Sony decided to title all the new Spider-Man films with “home”, but I guess it could have something to do with the relevance of Peter’s arc where he tried to be more ‘at home’ with his powers. Then again, they can always just drop the sequence and come up with something else; after How to Train Your Dragon 2, Dreamworks just decided to drop the numbers and release How to Train Your Dragon: The Hidden World.

We don’t know when we’ll get the big reveals for Spider-Man 3, but with the movie set to come out in December, I’m guessing we could get a trailer by June. A title reveal for February wouldn’t be too farfetched.