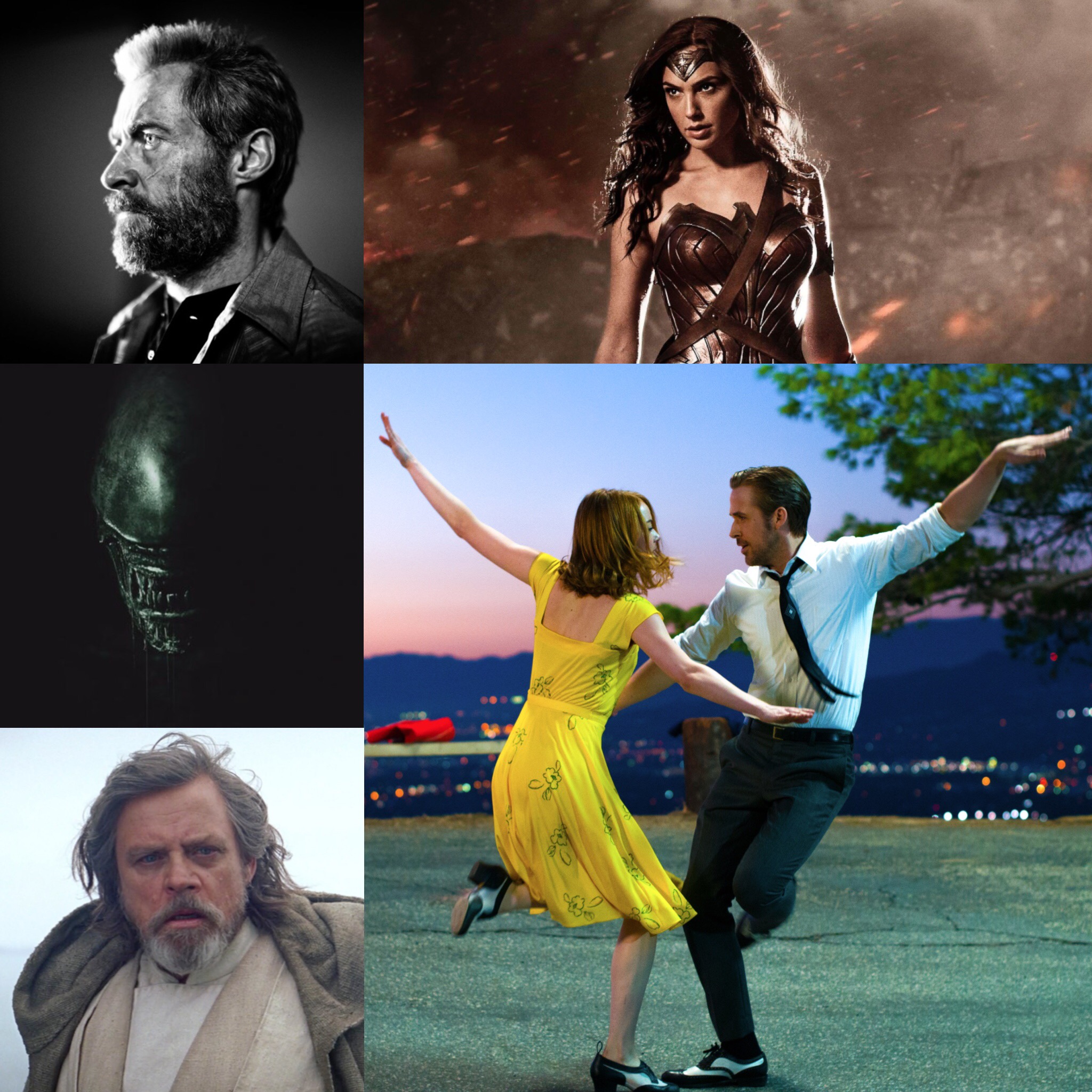 To quote the late, great Gene Wilder, ‘Come with me, and you’ll be, in a world of pure imagination’. In other words, let’s take a look at what 2017 has to offer in terms of big-screen escapism at the movies. As the real world becomes a much scarier place to live, that giant white canvas remains our own Fortress of Solitude. It’s a place where we can re-live memories, create new ones, and rest safe in the knowledge that it’s highly unlikely an Adam Sandler movie will be played out upon it again.

Undoubtedly, the film that will dominate the entire year doesn’t arrive until December. We haven’t even had a trailer or a title for Star Wars Episode VIII, but buoyed by the success of Rogue One, it’s clear that everything taking place in a Galaxy Far, Far Away is as popular as ever.

Sadly, the anticipation for the further adventures of Rey has taken a turn for the melancholy, with the recent passing of people’s Princess, Carrie Fisher. Production wrapped on Rian Johnson’s instalment during the summer, so fans are going to be hoping that their favourite member of intergalactic royalty receives a fitting send-off. 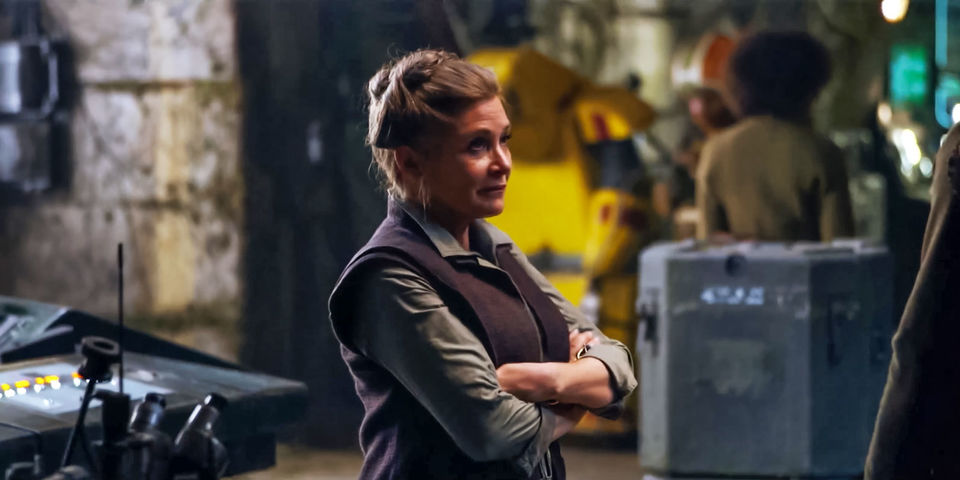 Aside from that we should get some answers surrounding Rey’s heritage, fall-out from the Starkiller base bridge incident, more giftastic BB8 moments, an idea on the true size of Lord Snoke, and how Luke managed to keep that beard so well-groomed in such windy conditions.

Before all that excitement, the year kicks off with its usual roll-call of Awards bait, and 2017 has some absolute crackers. La La Land dances onto screens in January, ready to seduce audiences and awards voters alike with its swoonsome duo and catchy tunes. That’s swiftly followed by Kenneth Lonergan’s ode-to-grief, the stunning Manchester by the Sea. It’s hard to look beyond these two five-star nailed on classics when it comes to dishing out The Golden Baldies on February 26th.

A different kind of sequel pulls into the station this January, one delayed by fall-outs and a desire to have the characters age naturally before calling them back to Scotland for a reunion. T2 is the follow-up to the seminal Trainspotting, a film that launched the careers of all involved, and shaped the soundtrack and bedroom walls of an entire generation. Hopes are high that the cast and crews twenty year stance that they wouldn’t return unless ‘the script was right’ results in a film as relevant and resonant as the original. 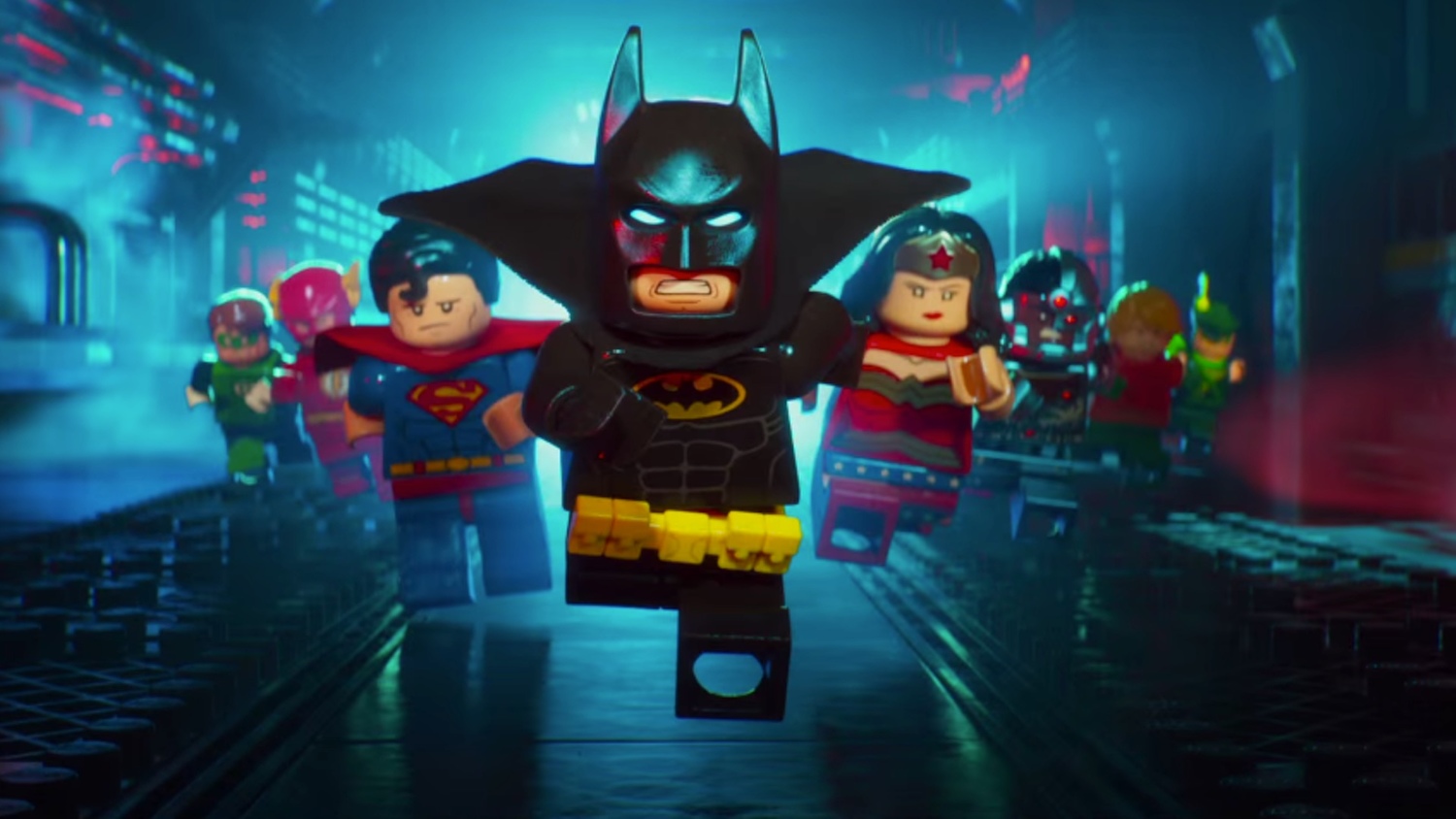 Before Ben Affleck attempts to right the wrongs of Dawn of Justice, we get another outing from arguably the best iteration of Batman thus far, Will Arnett’s Lego version. Having completely stolen Lord and Miller’s 2014 Lego Movie, the uber-serious, self-centred plastic Dark Knight gets his own movie. With the inspired casting of Ralph Fiennes as Alfred, an actor wonderfully adept at comedy after his turns in In Bruges and The Grand Budapest Hotel, and Michael Cera enthusiastically playing against type as Robin, the trailers alone are enough to make this a front-of-the-line must see.

Stealing a march on the summer with a….erm….March release date is Hugh Jackman’s final outing as Logan. The trailer for which is fantastic, promising the film that the character has always merited.  Sure, he has been effective in the X-Men films, and 2013’s Wolverine got so much right until the cop-out ending, but this time we’re getting an R-rating, and what looks like a character study wrapped in an action movie. Deadpool proved that a comic book property could be [relatively] adult and still make the tills kerching at the box-office, so let’s hope Logan has the metal to do the same.

Films come thick and fast at this time of year, with April brining us Fast and Furious 8, or whatever it’s called this time around, Guardians of the Galaxy 2, and the 22 Jump Street looking Baywatch movie, but these are all a pre-cursor to the return of a familiar looking face on 19th May. For that’s the date when Ridley Scott drops the myth making pomposity of Prometheus and, according to the trailer anyway, scares the crap out of us like it’s 1979. Alien: Covenant appears to be the film everyone expected when Scott returned to the world of LV-426 and its neighbouring planets back in 2012, with Michael Fassbender, reprising his role as duplicitous android David, calling this ‘much scarier’. We can’t wait for it to hug our face.

June is a big month for DC. In fact, it’s bigger than that, because Wonder Woman carries the weight of forward momentum for the cinematic universe on the shoulders of Gal Gadot. Her Diana Prince was one of the few redeeming factors of Dawn of Justice, and everything in the marketing thus far appears to be striking the right note with audiences.

Interestingly, according to the official FDA release schedule, World War Z 2 is also slated for a June 2017 release, but without a director, or any production dates, we won’t be holding our breaths for a 6 month turnaround. The first film was famously blighted by production woes, so we doubt very much Brad Pitt’s ridiculously monikered Gerry Lane will be seen this side of 2018.

Something you might wish would vanish from the release schedule is the fifth instalment of the Transformers franchise. Titled The Last Knight, it has a trailer that reveals nothing but incoherence. With a ‘plot’ said to involve King Arthur, Anthony Hopkins on his Westworld days off, oh, and Hitler, it’s hard not to be facetious about a series that is now so far from the genuinely impressive spectacle and heart of 2007’s first film, that anything above average would be a welcome surprise.

A couple of threequels follow in the form of War for the Planet of the Apes, which has to live up to the excellent Rise and Dawn. There’s also now a real sense of intrigue around Cars 3, thanks to that bleak trailer. The Cars series is one of PIXARS least revered creations, with part 2 nothing more than an extended advert for the highly lucrative merchandise, but seeing Lightning McQueen destroyed like that might give the franchise the heart it has so far been lacking beneath those shiny hoods.

A genre unto himself, Christopher Nolan lands on the beaches of Dunkirk with his dramatic retelling of the 1940 World War II evacuation. Promising to immerse you in the world of battle like never before, with a combination of almost 100% practical effects, and bolstered by the assistance of Mad Max: Fury Road visual guru Andrew Jackson. The impressive cast features Cillian Murphy, Sir Mark Rylance, Sir Kenneth Branagh, Tom Hardy, and Harry Styles.

The remainder of the year will also test the multiplex timetable schedulers, as Edgar Wright returns after the Ant-Man debacle with Baby Driver, a film about Ansel Elgort’s getaway driver in a heist-gone-awry scenario. Tim Curry passes the Pennywise the Clown mask to Bill Skarsgard for the first part of the oft-delayed reimaging of Stephen King’s IT. What We Do in the Shadows genius, Taika Waititi brings his own inimitable style to the MCU with Thor: Ragnarok. And finally, Zach Snyder is in last chance saloon as he rounds up The Flash, Aquaman, Wonder Woman, Cyborg, and new besties, Batman and Superman, for Justice League.

They’ll be plenty we’ve missed, and others we’ll only discover along the way. Some will be disasters, and some will be game-changers, but either way, we’ll be there to let you know. See you at the movies in 2017.