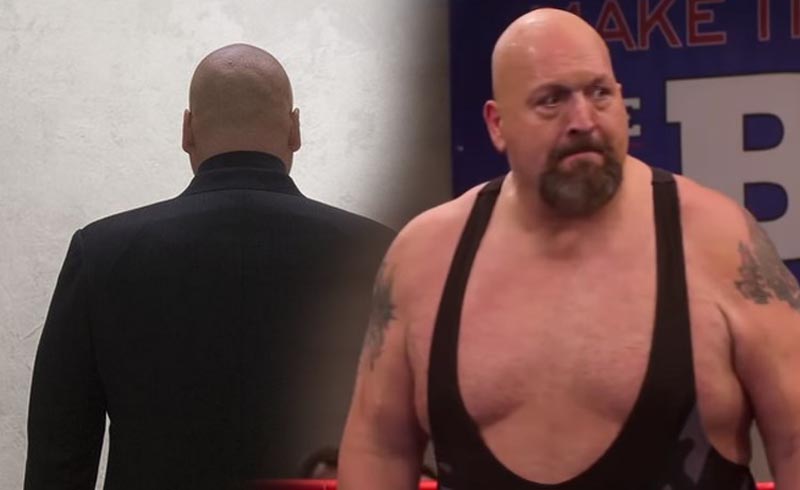 While we got a pretty memorable Kingpin from Vincent D’Onofrio in Daredevil, it’s possible we may not get to see that version of the character again. With the possibility of a Daredevil reboot down the line, someone else is setting their eyes to be the next Kingpin of Crime.

As it turns out, WWE star Paul Wight a.k.a. The Big Show wants to be the next Kingpin. Talking to ComicBook, Wight says:

“The one that really I’m looking at it, I would love if they do a remake, I’m definitely going to go after pretty hard is that they do a Daredevil remake. And I’m going to definitely go after Kingpin pretty hard. I think Kingpin’s a shoe-in for me.”

At a height of 2.13 m, the Big Show definitely has the presence to take on a role like Wilson Fisk, it’s just a question of his acting. Though D’Onofrio may stand at 1.92 m, he definitely brought some gravitas to the character, and it’s unsure whether the Big Show can pull off the same kind of emotional range.

Then again, if Marvel does want to reboot the character, I think Wight can give us a whole new take that would be fun to watch. Spider-Man: Into the Spider-Verse’s Kingpin (Liev Schreiber) was still pretyy memorable, and he didn’t have to act the same way Netflix Kingpin had to. I guess it’s just a manner of how they write they character and how they direct Wight in the role.

I mean, if the Rock can make the jump from wrestler to actor, then so can the Big Show.

We have no official word on a Daredevil reboot, but Black Widow is set to hit theaters on Nov. 6.