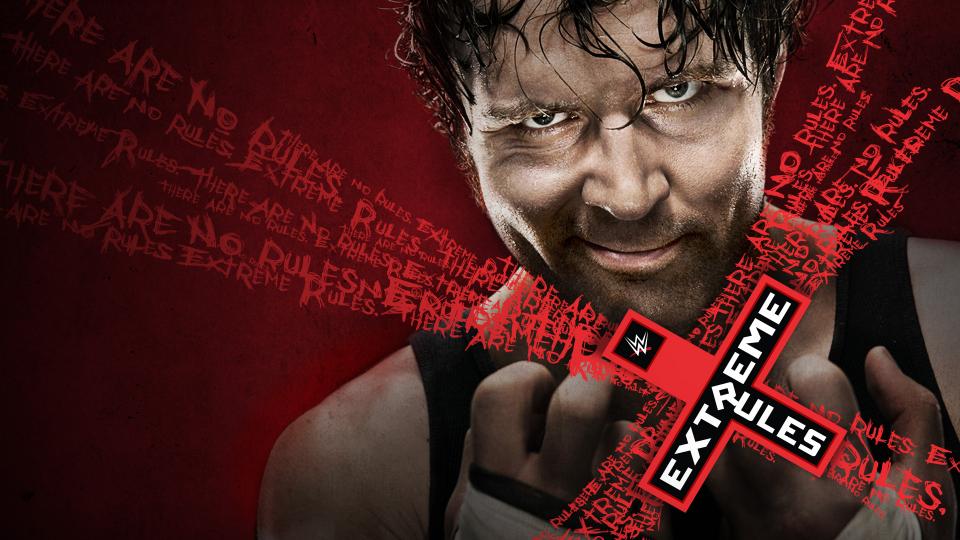 Does WWE want us to see this year’s Extreme Rules? Their website doesn’t seem to care. The preview is there, but you’ll have to dig past a photo-fun activity and a poll asking who Stephanie McMahon should slap next.

Extreme Rules is WWE’s annual no-holds-barred, anything-goes extravaganza, a throwback to the bloody hardcore matches of old, but cleaned up for the PG era. You know, for the kids.

It’s also one of the company’s many “tweener” shows, sandwiched between big, traditional events like Wrestlemania and Summerslam. These smaller shows, often derided by fans as “Sunday Night Raws,” have good matches, but offer very little story-wise. They’re the equivalent of a low-tier Marvel comic during a big crossover event. (“Have the Skrulls taken over SHIELD? Find out in this month’s Rocket Raccoon, true believers!”) Still, it’s a night at the fights, and worth a few predictions.

WWE World Heavyweight Champion Roman Reigns will face AJ Styles in an Extreme Rules match for the title. This is a rematch from last month’s Payback event, which ended with Reigns squeaking by with a win. Styles entered WWE with fan adoration not seen since Daniel Bryan and CM Punk, and his star has risen since. Reigns, meanwhile, remains loved by children and loathed by smarks, the Call of Duty: Modern Warfare Remastered of wrestlers. He’s far from the new Lex Luger, though. Reigns is a solid performer in the ring, if not on the mic. Give him a chance to be himself, though, and he’s a perfectly likable guy. WWE insists on booking him as “the guy,” though, and it isn’t working. Expect Reigns to win, if only to anger half the crowd.

In the night’s best story, the WWE Women’s Title is up for grabs in a Submission Match. Champion Charlotte will face challenger Natalya. The two have been facing each other a lot lately, with matches usually ending with interference from Charlotte’s father, Ric Flair. At Extreme Rules, however, Flair will be barred from ringside. If he shows up, Charlotte forfeits the title. It’s an odd stipulation for a no-holds-barred show, but go with it. Expect an excellent match from both women. In the end, Ric Flair will lose control of his emotions, and will cost his daughter the title. It’s the most sensible progression of this storyline, and will give Natalya the title reign she deserves. Last week’s Raw featured a contract signing for this match, so don’t be surprised if it’s the contest of the night. 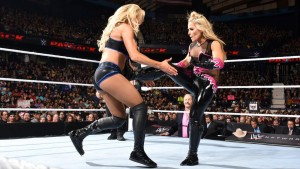 The Miz will defend his Intercontinental Championship in a Fatal Four-Way against Kevin Owens, Cesaro, and Sami Zayn. Owens and Zayn have a long-standing feud, and Cesaro remains a fan favorite. A fast pace and solid spots will dominate the match. Miz will keep the belt, if only to keep his lovely wife Maryse on TV.

The “first-ever” Asylum Match will see Extreme Rules cover boy Dean Ambrose against Chris Jericho. It’s basically a cage match with weapons hanging from the ceiling, an idea that would have been golden during the hardcore era. (If you want to be cynical, it’s WWE’s version of a match Raven came up with years ago.) Ambrose, a former ladders-and-lightbulbs hardcore wrestler, has become a major star in WWE, despite its kid-friendly bent. Jericho has said on his own podcast that he’s around to put guys over, and it shows how much love he has for the business that made him. He may play a cowardly heel on TV, but Jericho is a class act. Ambrose will win, avenging the demise of his potted plant, Mitch. Someone might bleed, but it will be by accident. If it happens, you might hear Vince McMahon screaming over someone’s headset. 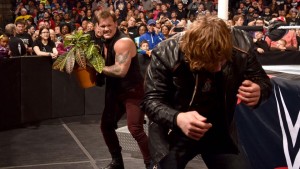 In other action, the Usos will face Karl Anderson and Luke Gallows. If the former Bullet Club come out the winners, expect their estranged pal Styles to lose later in the evening. Tag Team Champions the New Day will beat the Vaudevillains in a showdown of hilarious gimmicks. US Champion Kalisto will likely beat Rusev, even though the Bulgarian Brute was beating guys like John Cena less than two years ago. Baron Corbin will beat Dolph Ziggler, and no one will be happy. Not even Corbin.

Shows like Extreme Rules can be fun, but don’t expect any classics. You’ll get a night of good wrestling and a bit of story development, like a decent Raw with slightly fewer ads. It’s a long way to Summerslam, but treat this one like an appetizer and you just might enjoy yourself.