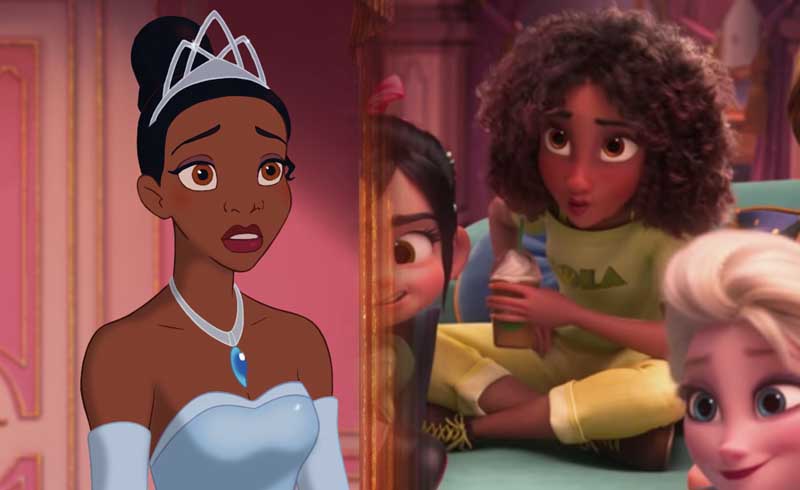 The biggest films of the year might have already come out in May, but there are still some blockbusters to look forward to this coming winter season. Wreck-It Ralph 2 is set to come out in November, and everyone’s more than excited for the 3D computer animated comedy. However, it seems like the Disney animation caught a little snag after criticism was brought up about the look of Princess Tiana from The Princess and the Frog.

According to the Wall Street Journal, several people have come out online to bash how Tiana’s features in Wreck-It Ralph 2 look a tad Euro-centric, even calling her a ‘racially ambiguous woman.’ Apparently, Tiana is supposed to have darker hair, with a wider nose and mouth.

All in all this is what I feel a more culturally accurate Tiana should look like in the photo. pic.twitter.com/KkSpSzxrPG

Seeing that the role is more of a cameo, I’m sure that Disney Animation can fix it up before the film comes out in November. The animators have been getting Tiana’s voice actress Anika Noni Rose as well as the campaign director for Color of Change, Brandi Collins-Dexter.

We don’t have any images of what Tiana’s updated appearance looks like now, but hopefully the movie will come with something most people will feel right about (with the internet, it’s literally impossible to please everyone). The good thing is, they were able to fix this issue before the movie came out.

Imagine the backlash if Disney has to re-release a ‘culturally appropriate’ version of the movie.