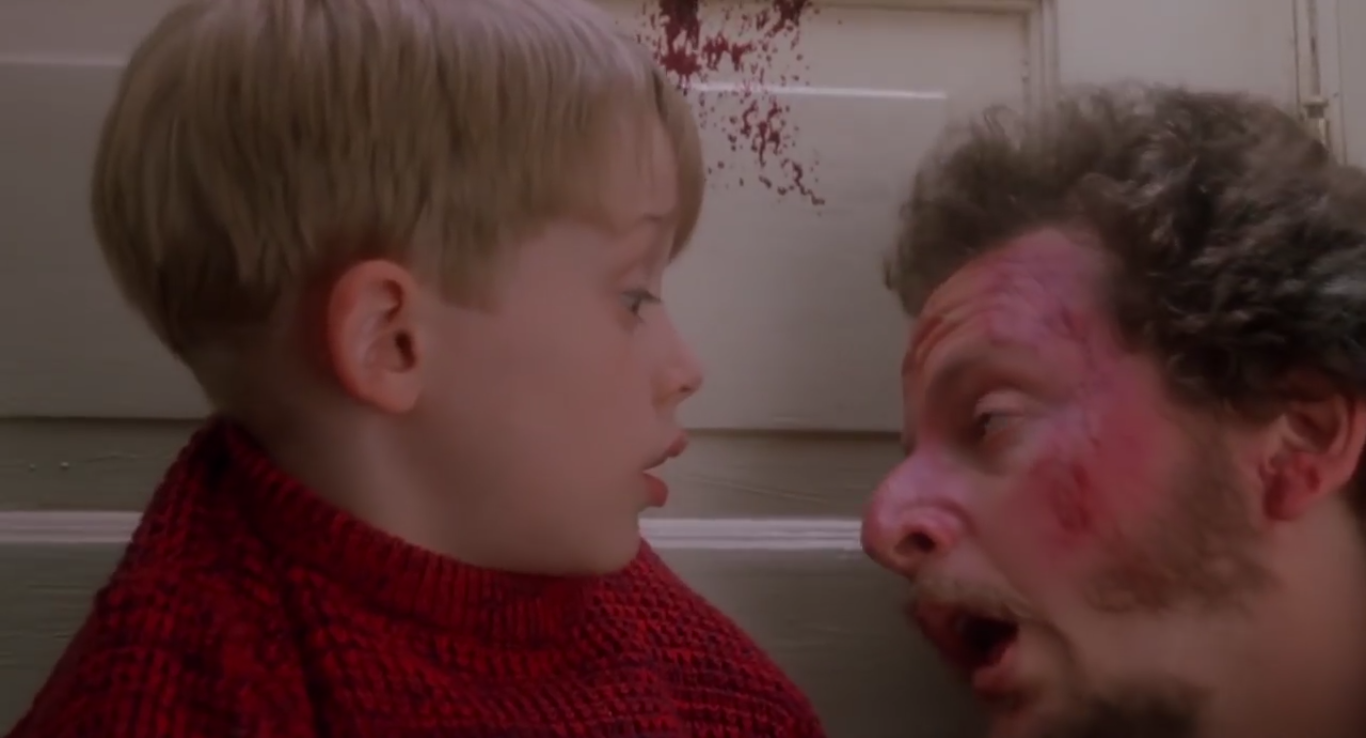 During the Holidays, it’s safe to say that millions of people across the globe watched the Christmas Classic Home Alone. The 1990 movie has become a staple of the Holiday Season, as the plot involves young Kevin McCallister being left home-alone by his family on Christmas. The film and its 1992 sequel are great family-friendly comedies, despite there being lots of cartoonish acts of violence throughout.

But prepare to never see them in that same innocent light, again. Sean Fimio, a.k.a. YouTuber BitMassive, has used his VFX talents to show what would happen if the acts of violence Kevin committed on hapless burglars Harry and Marv (played brilliantly by Joe Pesci and Daniel Stern, respectively) were more… realistic. Basically, if these movies were a bit more medically accurate, these two not only would have been dead before the film’s conclusion, they probably wouldn’t have lasted five minutes in the McCallister household.

But see for yourself in the below videos. Warning, viewer discretion is advised. These are quite violent after all.

What’s great about these videos is how the violence is juxtaposed with the cheery credits music (a score by the incredible John Williams). Also, it’s great how Part 2 acts as an alternative ending for Home Alone. And for good measure, Sean adds still-frames over the credits of each video giving us another look at the brutality. Don’t get us wrong, Kevin is acting in self defence here, but throwing a brick is pretty rough stuff. The latest video was only added hours before the time of writing, so be sure to subscribe to BitMassive as surely more Home Alone videos are coming.

What did you think? Are there other child-friendly films that you feel should be given the digital-blood treatment? Comment below and let us know!