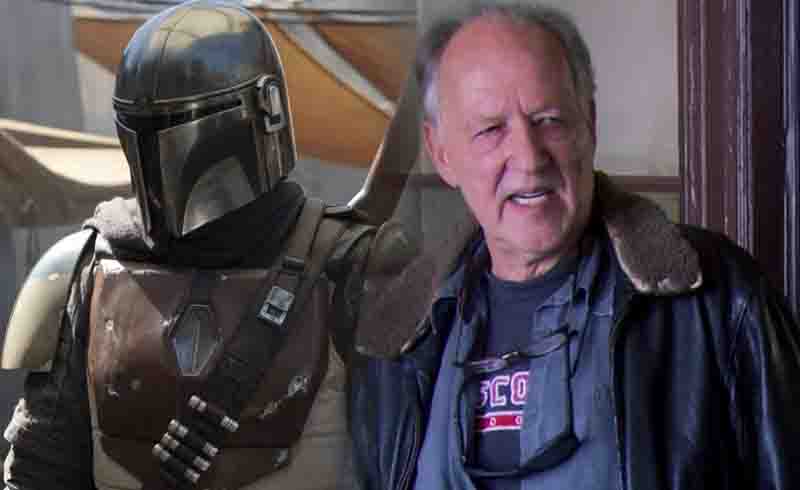 Werner Herzog is best known for his director work, but he’s recently gotten into a few acting roles in shows like Rick and Morty and Parks and Recreation. Werzog had actually landed a role in Jon Favreau’s upcoming Star Wars: The Mandalorian, and he reveals that he’s actually playing a villain.

Now this is not a secret anymore, a small part, real small part, in “The Mandalorian”, the Star Wars sequel or whatever you call it. I like to do it because I know I’m good on screen, but only if I have to play a real villain.

We don’t really have any clues on who Herzog is playing, but I think it would be a good guess that his very distinct voice would be used. I mean, Herzog also has the looks of a character actor, but if he says the role is small, they could very well just have used his voice. Nick Nolte is also in the series, and it’s been revealed that he’s playing an ugnaught (those pig aliens that fix things in Cloud City).

Then again, I could very well imagine Herzog playing an Imperial officer. Though the Emperor may have been defeated already in this timeline, remnants of the Empire still remain. Some set photos have even given us glimpses of classic stormtroopers plus deathtroopers from Rogue One.

For now, everyone is expecting the first trailer for the show to drop during the Mandalorian panel at Star Wars Celebration. Let’s hope everything turns out fine for Lucasfilm’s first live-action series.

No release date has been set for The Mandalorian, but the show is expected to debut later this year.