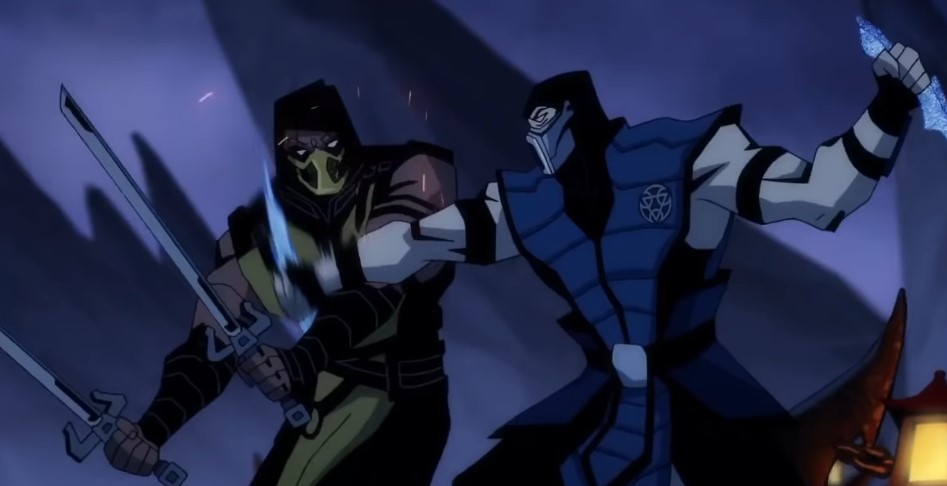 Mortal Kombat and the DC Universe are two franchise that oddly go hand-in-hand, and with the live-action MK film set to come out next year, WB has dropped the first trailer for the animated Mortal Kombat Legends: Scorpion’s Revenge.

Based on the worldwide hit game created by Ed Boon & John Tobias, Mortal Kombat Legends: Scorpion’s Revenge spotlights the once-in-a-generation tournament between the champions of Outworld and Earthrealm – a competition that will ultimately determine the fate of Earth and all its citizens. Lord Raiden, protector of Earthrealm, must gather the greatest fighters of his realm to defend it from the evil Shang Tsung in the battle to end all battles – Mortal Kombat!

What’s curious is the trailer doesn’t make it clear about the level of violence in the show. We know that the MK franchise is best known for over-the-top gore, but you won’t see any of it in this preview. Then again, maybe there’s a red band trailer on the way that’s going to give the fans the violence that they want.

I think it’s also worth noting that the movie is directed by Ethan Spaulding who had directed Batman: Assault on Arkham. He had also directed 12 episodes of Avatar: The Last Airbender so you can say I’m excited to see what he has to bring to a Mortal Kombat film.

Mortal Kombat Legends: Scorpion’s Revenge is set to come out on digital and Blu-Ray this spring.