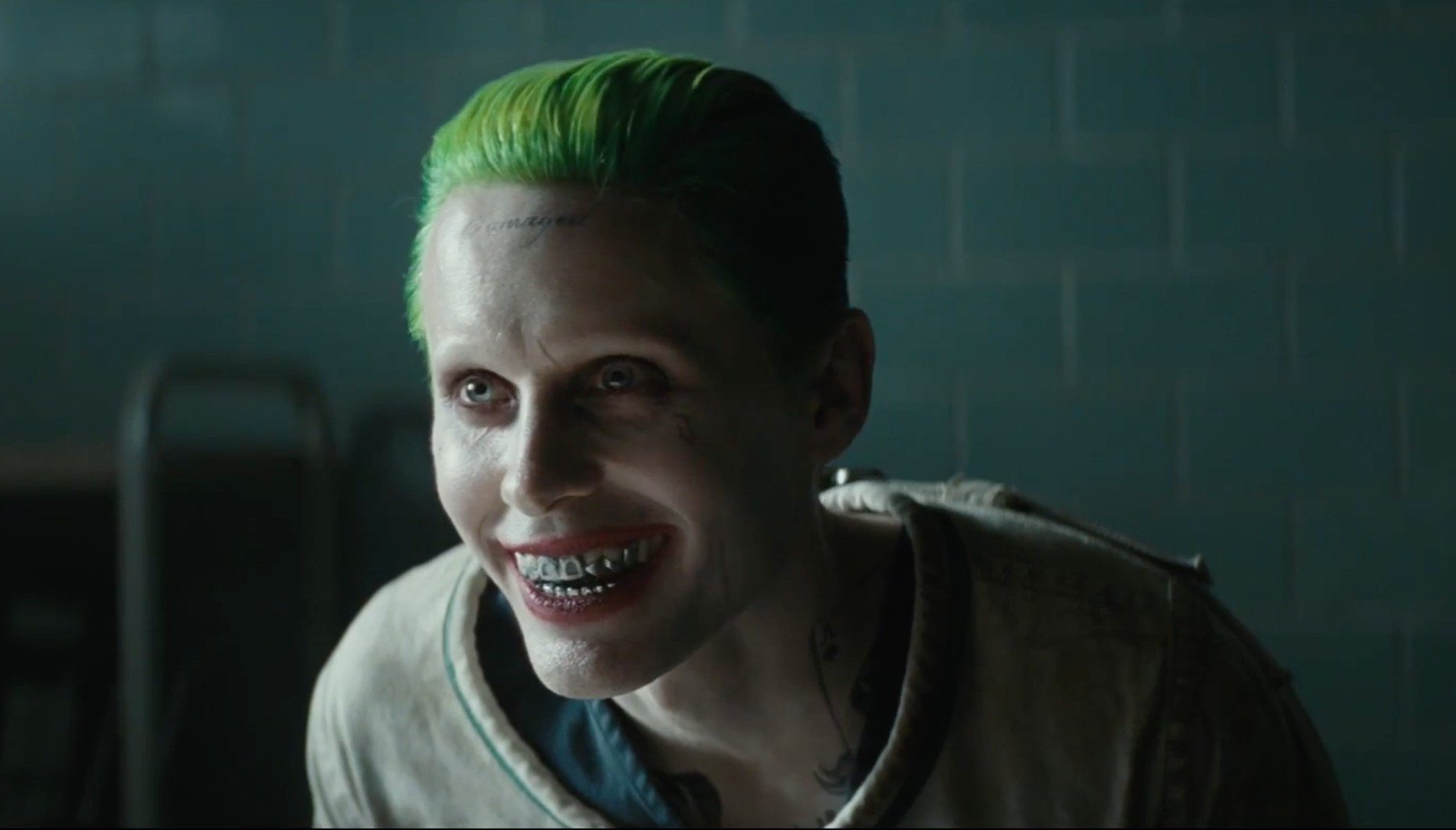 A new promo for Suicide Squad has been released by Warner Bros. and it’s all about The Joker. The short promo debuts new footage of Jared Leto’s Clown Prince of Crime ahead of the film’s release in a few weeks time. It comes after similar short clips have been released centred around different members of Task Force X, including Margot Robbie’s Harley Quinn and Cara Delevingne’s Enchantress.

In prior trailers and promotional material for David Ayer’s Suicide Squad, The Joker has appeared very briefly with much of his role in the film remaining a mystery. This new footage pulls back the curtain on how exactly The Joker fits into the movie, but of course much will be kept under wraps for the movie itself.

Check out The Joker promo below: (via CBR)

Suicide Squad follows the events of Batman v Superman: Dawn of Justice, and takes place in a post-Superman world where the government tries to determine how to respond in the event that an alien with more villainous intentions visits Earth. Ruthless intelligence officer Amanda Waller (Viola Davis) offers to recruit society’s worst criminals, those possessing lethal skills and superhuman powers. Her first target: the possessed archaeologist June Moone/Enchantress (Cara Delevingne).

When Midway City is threatened by a powerful mystical enemy, Waller’s plan gets the go-ahead. She cuts deals with the whole squad of prisoners: Deadshot (Will Smith) gets his Second Amendment rights ­reinstated, Harley (Margot Robbie) is set free from her cage, Diablo (Jay ­Hernandez) steps out of his fireproof prison, Boomerang (Jai Courtney) and Slipknot (Adam Beach) each get to wield their signature weapons once more, and Killer Croc ­(Adewale Akinnuoye-­Agbaje) emerges from the swamp. The only condition is this: Obey orders or die. This is strictly enforced by squad leader Rick Flag (Joel Kinnaman), the samurai Katana (Karen Fukuhara), and of course the explosive devices – developed by Wayne Enterprises – inserted into their necks. However, the arrival of the tatted-up Gotham City mega-criminal, the Joker (Jared Leto), might doom the mission thanks to his plan to reunite with his true love, Harley.