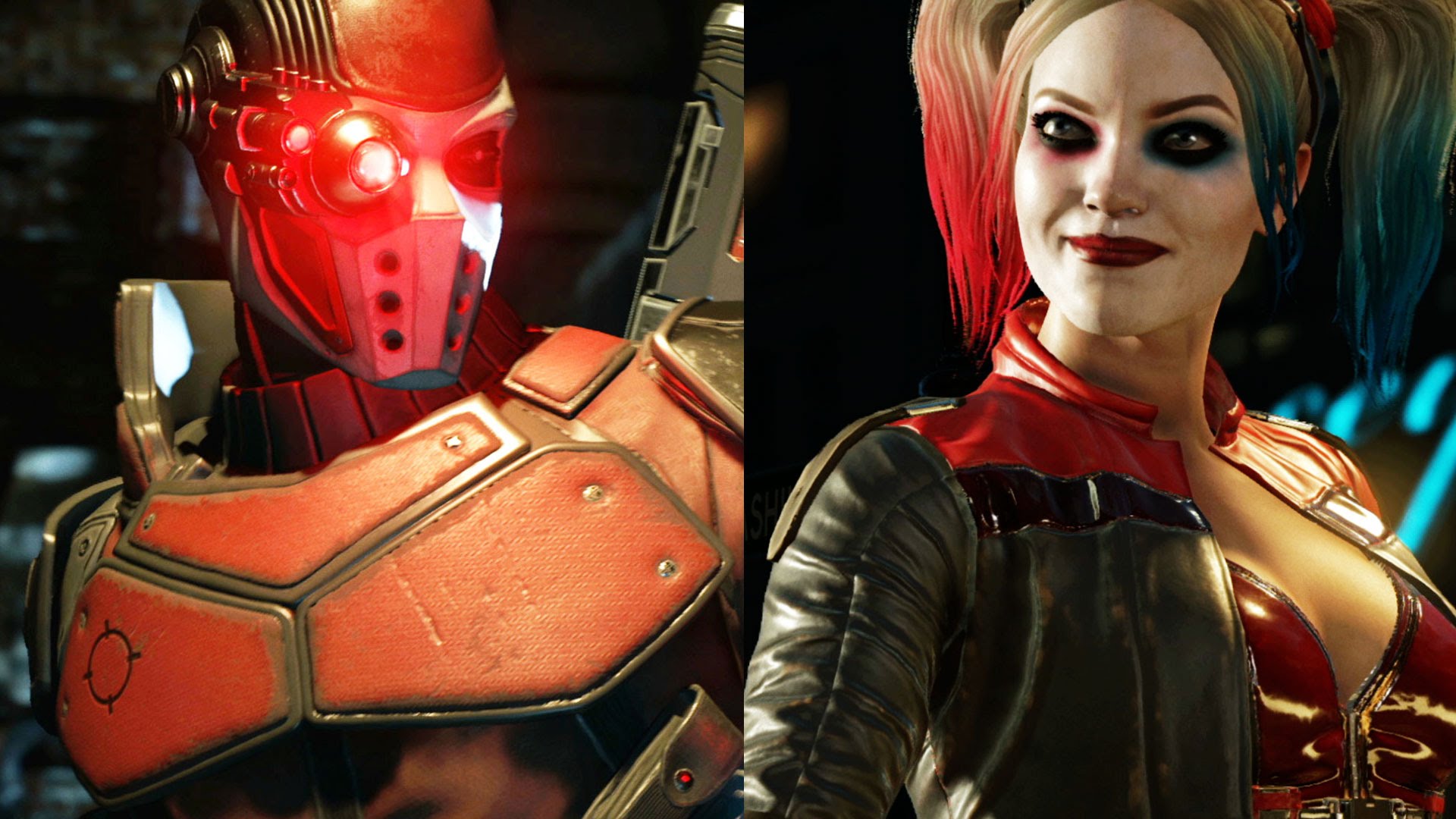 Two new characters have been added to the roster of Injustice 2 as revealed in a new trailer debuted during Gamescom, 2016. Penned as the “Worst Heroes Ever” developer NetherRealm  is welcoming Harley Quinn and Deadshot to their lineup of characters.

Harley Quinn makes her return to the Injustice universe this time around looking very similar to her New 52 and DCEU iterations. With Injustice 2 promising personalised character customisation, the trailer shows the different outfits that Harley can be kitted out in. Whether it be a nod to Harley’s famous jester outfit, her costume from the Arkham games or a combination of both. Her move-set includes the use of her signature bat and K9 companions, the hyenas.

The expert marksman that is Deadshot is seen wearing a mask not too dissimilar to the one Will Smith reluctantly wore in the Suicide Squad movie. His armour of course looks very military esque and falls in line with the red colour scheme we’ve come to expect from the character. Deadshot looks to play in similar ways to how Deathstroke played in the first game, using his assortment of firearms to deal heavy ranged damage. The signature use of his wrist weapons are also on show and looks awesome.

Check out the reveal trailer below:

“NetherRealm Studios welcomes the “Worst Heroes Ever” to the Injustice universe: Harley Quinn and Deadshot!
Harley returns to Injustice 2 with her signature attitude, trusty sidekicks, and some new tricks up her sleeve. And the expert marksman and assassin Deadshot makes his console debut as one of the deadliest Super-Villains to inhabit Gotham City.

“Build and power up the ultimate version of your favorite DC legends in INJUSTICE 2. With a massive selection of DC Super Heroes and Super-Villains, INJUSTICE 2 allows you to personalize every iconic character with unique and powerful gear. Take control over how your favorite characters look, how they fight, and how they develop across a huge variety of game modes. This is your Legend. Your Journey. Your Injustice.”

Injustice 2 is scheduled to release in 2017 for PlayStation 4 and Xbox One.