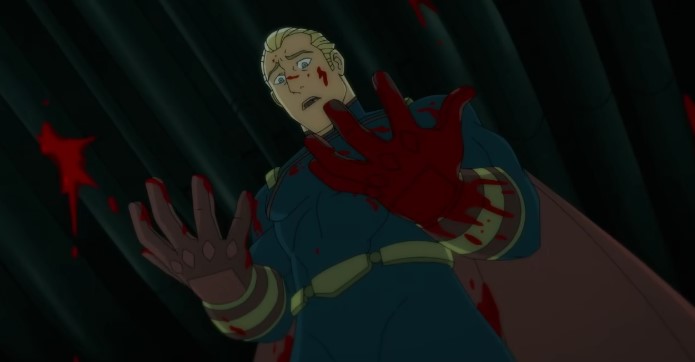 The third season of The Boys is set to premiere by the end of the week, but we’ll actually get the premiere of another Vought-centric spinoff with The Boys Presents: Diabolical.

The show premiers the same day as the live-action show, and to get fans excited for the drop, Amazon has decided to release on episode focused on Homelander’s first days on The Seven. Watch this:

Like I said, the story focuses on Homelander’s early days as a superhero. While he looks to have started his career earnestly, it seems that the manipulation of Stillwell and the rest of his experiences under Vought have really affected how he approaches everything else.

While this entry is pretty much like Invincible with its violence and gore, we should expect the rest of the series to have different tones when it comes to their episodes. There’s even one that completely adapts the animation style of Rick and Morty.

With Disney+ having its own brand of animated anthology series like Marvel’s What If…? and Star Wars: Visions, it feels natural that a property like The Boys would get its own animated spinoff. I can’t wait to see how it plays out.

From some of the most unhinged and maniacal minds in Hollywood today comes Diabolical, a collection of eight irreverent and emotionally shocking animated short films. Featuring stories by Seth Rogen, Kumail Nanjiani, Aisha Tyler, and more, each episode plunges elbow-deep into unseen crevices of The Boys Universe.

The Boys Season and The Boys Presents: Diabolical both premiere on Amazon Prime Video on June 3.