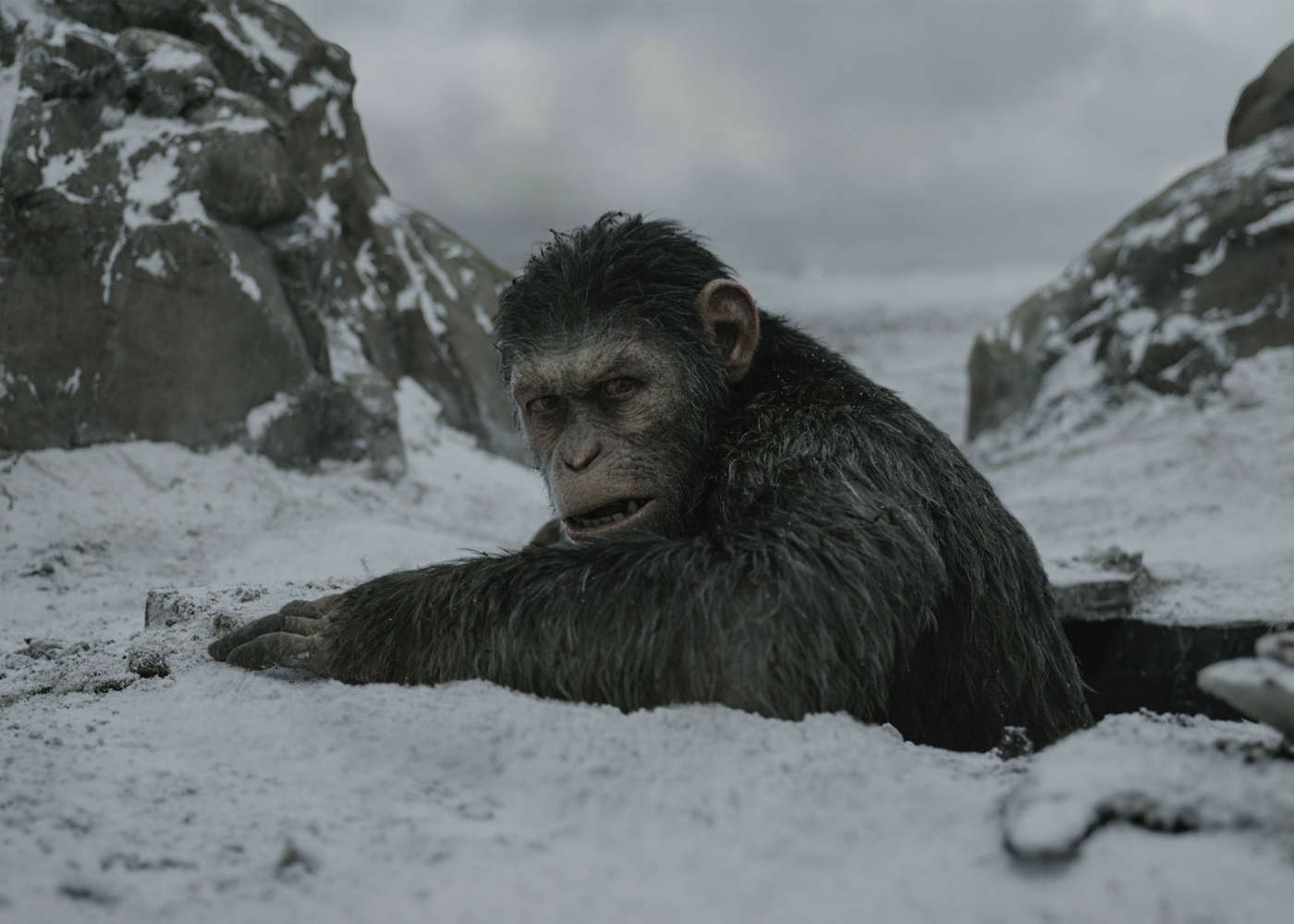 Director Matt Reeves returned to Fox‘s rebooted Apes trilogy (before he takes on The Batman), and the latest installment, War for the Planet of the Apes, opened at number one with $56 million. That number falls nearly 25% short of Dawn of the Planet of the Apes‘ $72m opening from three years ago, but is on target with the surprise $54m opening of the first 2011 prequel.

All three films have been well-reviewed, and War ended up with the best reviews of the trilogy. That didn’t help drive interest to peak levels, however, even though audiences awarded the trilogy-capper a strong ‘A-‘ Cinemascore, an uptick from Dawn‘s ‘B+.’ The action-drama also opened to an estimated $44m overseas for a solid $100m worldwide opening.

Spider-Man clearly stole some of the Apes’ thunder.  Spider-Man: Homecoming grossed another $45 million, but fell a sharp 61% – the worst second weekend drop of any MCU film.  With a running total of $207m, the film has already outgrossed The Amazing Spider-Man 2 from three years ago, but will need a few more legs to get past $300m domestically. The Jon Watts-directed feature has earned $467m worldwide so far.

Despicable Me 3 continues to trail its predecessors, but fell only 42% to $19m for a $188m running total. Edgar Wright’s sleeper smash, Baby Driver, fell only 33% down to $8m for a solid $73m thus far, possibly heading toward $100m. Indie comedy The Big Sick expanded wide this weekend for a $7.5m gross after killing it in limited release. The film has banked just under $16m so far.

Finally, Wonder Woman is still kicking after seven weekends.  The origin story will now inevitably be the highest grossing film of the summer as it dropped only 30%, adding another $6.8 million for a $380m-plus total that will soon pass Guardians of the Galaxy Vol. 2‘s $386m gross.

Next weekend sees the release of Christopher Nolan’s WWII thriller, Dunkirk; the action-fantasy Valerian and the City of a Thousand Planets from Luc Besson, and finally the female-driven comedy Girls Trip.