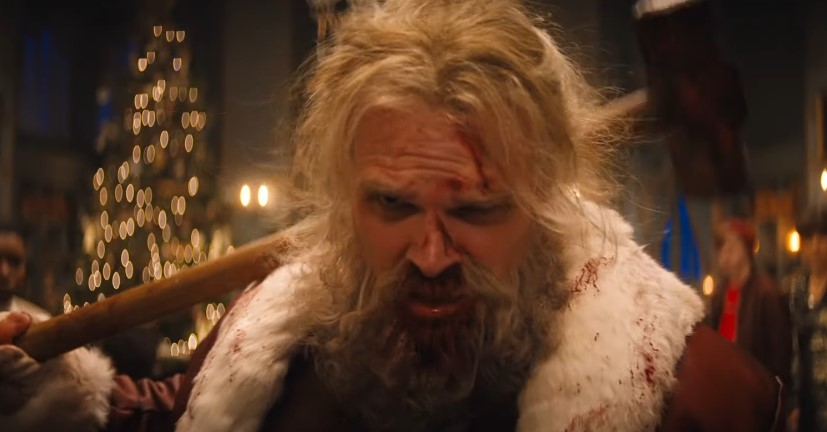 We’ve seen several takes on the Santa Claus tale from The Santa Clause to Elf, but fans aren’t ready for this new take on Santa starring Stranger Things’ David Harbour.

Check out the trailer for Violent Night:

When a team of mercenaries breaks into a wealthy family compound on Christmas Eve, taking everyone inside hostage, the team isn’t prepared for a surprise combatant: Santa Claus (David Harbour, Black Widow, Stranger Things series) is on the grounds, and he’s about to show why this Nick is no saint.

The movie feels like Die Hard, only this time, they’ve taken John McClane out of the story and turned him into actual Santa Claus. You still have the greedy terrorists who are holding people hostage in a building, but now McClane is a magical fat man that has access to flying reindeer and an endless sack of presents.

It’s aso worth noting that the producers behind this film, 87North, are also the same people behind films like Atomic Blonde, Nobody, and the most recent Bullet Train; so we should expect some top notch action choreography laced with some Christmas magic.

It’s a very silly twist to the Christmas movie formula, and that’s probably what got the film made. Harbour is a fun talent, and besides Santa Claus, he’s already played several ‘red’ bruiser characters like Hellboy and Red Guardian from Black Widow. Who knew Santa was going to be on that list?

Catch Violent Night when it hits cinemas on Dec. 2.