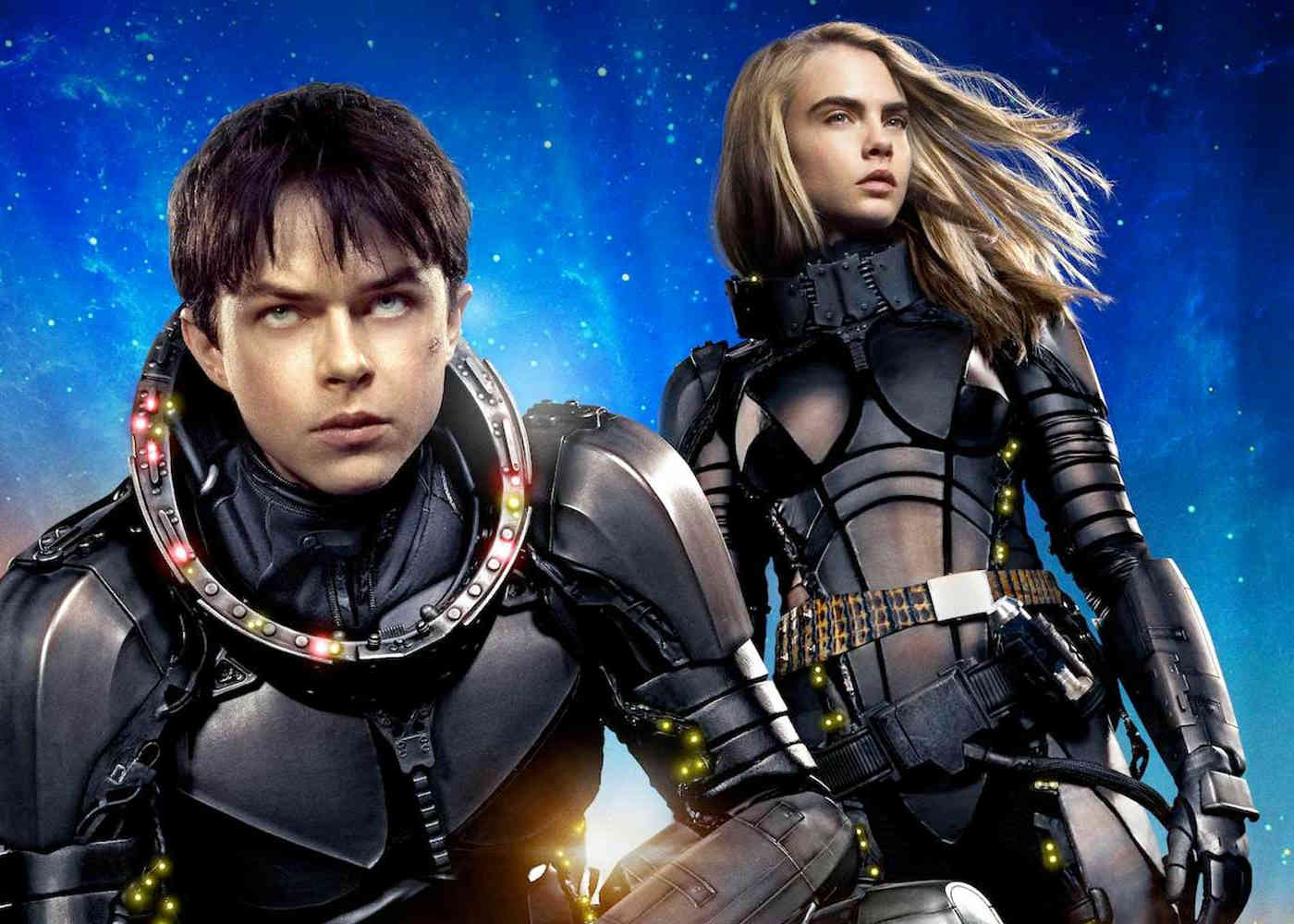 Luc Besson isn’t a director for whom subtlety is a watch word, so if you’re going to be granted the largest independent budget of all time to adapt a niche Science Fiction comic from 1967 (Valerian et Laureline), then the man behind the gaudy indulgence of The Fifth Element is probably a perfect fit for this untethered space spectacle.

His intentions are laid out by a history condensing opening, during which David Bowie’s Space Oddity accompanies the evolution of Alpha, the City of a Thousand Planets. Invoking Bowie in itself is a brave move. So we see the tin-pot space station from the 70’s grow, through numerous inter-species meet-and-greets, to become a floating mechanical behemoth which is home to thirty million beings, with five thousand different spoken languages.

The problem is that this hulking great planet is reaching critical mass, posing a great threat to the planet that it orbits; Earth. And so it is ejected from the atmosphere under the guise of a travelling envoy, spreading the word of peace, and then seven hundred million miles later, special operatives, Valerian (Dane DeHaan) and Laureline (Cara Delevingne) arrive on a mission from the Minister of Defence (Clive Owen), tasked with discovering the source of a growing menace that threatens the future of Alpha.

Valerian and the City of a Thousand Planets is like what Terence Malick would make if he was a Science-Fiction nut, but he’d abandon the characters altogether, rather than give them the short shift that Besson does here. That’s not to say that this visually hyperactive mushroom lick of a trip isn’t worth taking, in fact it’s like knocking over all the sweets in the shop; they’ll be some things to your taste, some you detest, there’s just no substance, it just gives us nothing to cling onto as we jump through various locales, the wow factor diminishing with each leap.

The title is a bit of a misnomer too. Why has Laureline been dropped? If anything she’s the heart of the movie. DeHaan’s banter and cockiness doesn’t really sit right with an actor who’s far more interesting when playing a more nuanced character. He’s meant to be struggling with the dilemma of being a womaniser or settling down with Laureline, but it never rings true, or is really examined beyond their playful back-and-forth bickering.

Cara Delevingne took something of a critical kicking after Suicide Squad, but beyond the best use of 3-D visuals in a long-time, is the sole reason to watch Valerian. She is confident, funny, convincing in a world that was to her, almost entirely synthetic during shooting, and an utterly watchable action screen presence, even if her dialogue is only a notch above the clichéd soundbites littered throughout.

The following criticism applies for almost every character, but had as much care been taken with the human elements as with the depth of visuals, Valerian might have been more than sumptuous eye candy.

Your enjoyment of Besson’s expensive silliness will, much like The Fifth Element’s final reel Chris Tucker derailment, hinge on how you react to Rihanna’s cameo as the pole-dancing alien, Bubble, and her pimp, Jolly (an OTT Ethan Hawke). It’s a film-encompassing moment of beauty, stupidity, and seamless special effects, that’s also a real hoot. If that sounds like something you can stomach, then this Jupiter Ascending upgrade might just be worth boarding.