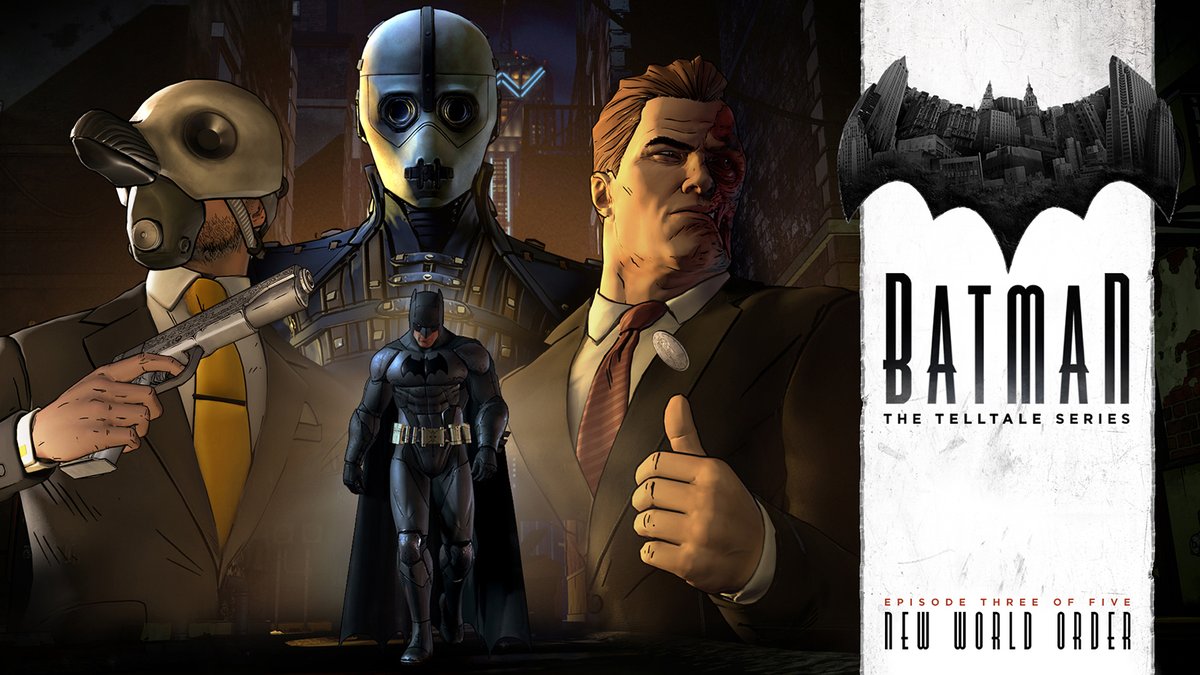 Spoilers follow for the first two episodes of Batman: The Telltale Series.

The last two episodes in Telltale’s Batman series has taken Bat-fans on a wild ride. Departing from the lore we know and love, we’ve been given a different take on the Waynes, Penguin, Catwoman, and Harvey Dent. However, it seems some things will begin looking familiar very soon. Maybe. Check out the launch trailer for the third episode below.

Did your jaw drop at the reveal of Two-Face? Well, keep that scene in mind. Odds are, depending on how you finished the second episode, he may still be regular old Harvey. As Batman raced to learn more about his family’s mob connection, a mission to save the Mayoral candidates turned fatal. During a skirmish, Batman was left with one choice, saving his best friend or rescuing Selina Kyle. If saving Ms. Kyle was priority number one, then who’s to say the Batman didn’t create Two-Face? Assuming you chose differently, saving Harvey may bode well for the Bat in the long run… kind of. Harvey doesn’t know the Dark Knight, but Catwoman certainly does.

If you’re playing as a brutal Bat, support from Harvey Dent could turn the tide in your favor. However, getting on Selina’s bad side could potentially put Bruce Wayne in a rigid blackmail situation with a thief. As the game notes during its start up, the story is tailored to your choices. You’ll know how well you chose when episode three, New World Order, launches October 25.

Below is a synopsis of New World Order (via DualShockers):

“In Episode 3, Penguin’s brutal attack broadcast on live TV has left Gotham City reeling. As Bruce and Batman, you’ll dig deeper into the web of intrigue surrounding the newly revealed Children of Arkham. Meanwhile, behind closed doors, the mysterious Selina Kyle reveals more of herself to Bruce. And in the aftermath of the attack, Bruce’s friend and Gotham’s new mayor, Harvey Dent, is a deeply changed man. Who can be trusted when the future of Bruce Wayne – and the Batman – could be determined by the flip of a coin?”