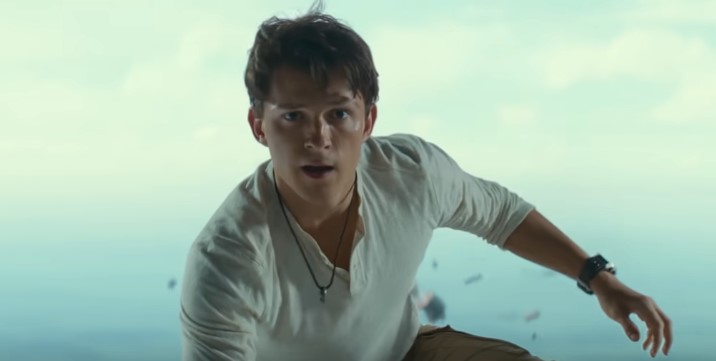 A lot of fans are excited to see Tom Holland’s Spider-Man return to theaters this December with No Way Home, but Sony has another Holland-fuelled film to promote with Uncharted.

The film is said to be a prequel with Holland playing a younger Nathan Drake as he gets swept into the world of treasure-hunting and tomb-raiding. In the movie is also Sully (Mark Wahlberg) who is Drake’s long-time colleague and friend.

If you’ve played Uncharted, you’ll know that the games are already pretty cinematic; so naturally the film would have to step-up its game. If anything, the scene where Drake is hanging off the back of a plane is already straight out of Uncharted 3, and we should expect more of these stunts to happen in the film.

While video game adaptations are notoriously bad, the direct involvement of PlayStation Productions makes me think that this film will go hand-in-hand with the games. With adult Drake’s story finally over, hopefully we have some more fun adventures with the younger version that Holland is playing.

Based on one of the best-selling, most critically acclaimed video game series of all time, Uncharted introduces audiences to the young street-smart Nathan Drake (Tom Holland) and showcases his first treasure hunting adventure with wisecracking partner Victor “Sully” Sullivan (Mark Wahlberg). In an action-adventure epic that spans the globe, the two go in dangerous pursuit of “the greatest treasure never found” while also tracking clues that may lead to Nathan’s long-lost brother.