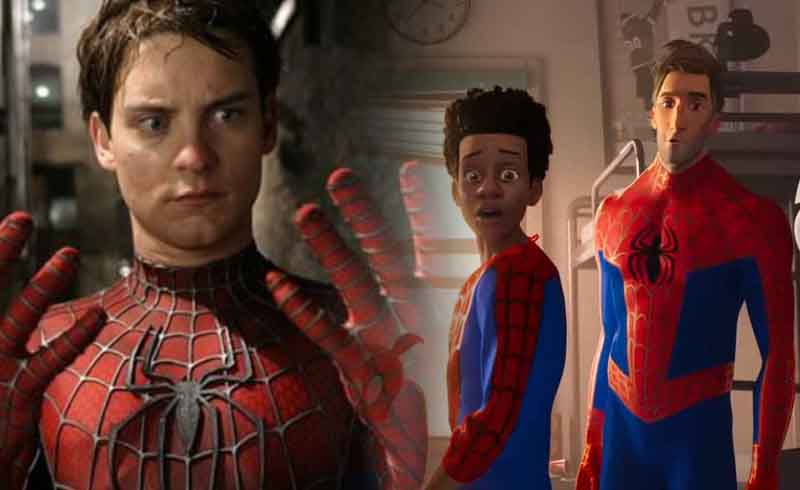 Spider-Man: Into the Spider-Verse will be introducing us to a middle-aged Peter Parker voiced by Jake Johnson, and unlike all the Spider-Men we’ve seen onscreen, it looks like this version will have been Spider-Man for the longest time. As it turns out, the movie almost cast Raimi Spider-Man Tobey Maguire as the voice of middle-aged Peter.

Talking to ScreenCrush, co-director Rodney Rothman explains they decided not to have Maguire onboard since it might confuse audiences:

“There was [consideration]. There were many thoughts about where we could put Tobey Maguire and others. I think after this film, those thoughts might have a little more traction. But before this movie, and introducing the idea of the “Spider-Verse” to the audience, I think everybody was afraid that it would just really confuse people. But wow, it would have been fun.”

The way Maguire’s Spider-Man is, I think it would have definitely made some people confused with this new Peter Parker. If you’ve watched the trailers, it seems that this older Spider-Man is kind of jaded, and has no qualms being ‘mean’ to Miles Morales when they interact. At times you can even call him arrogant—which is not something the Maguire Spider-Man is.

Then again, some scenes from the trailers are direct nods to the Raimi Spider-Man films. With Spidey stopping the train, the upside down kiss with MJ, as well as the car being thrown at him in a restaurant.

With a sequel already in the works for the film, I’m hoping they find a way to have Maguire make an appearance. While they’re at it, maybe Andrew Garfield and Tom Holland could be in on it as well.