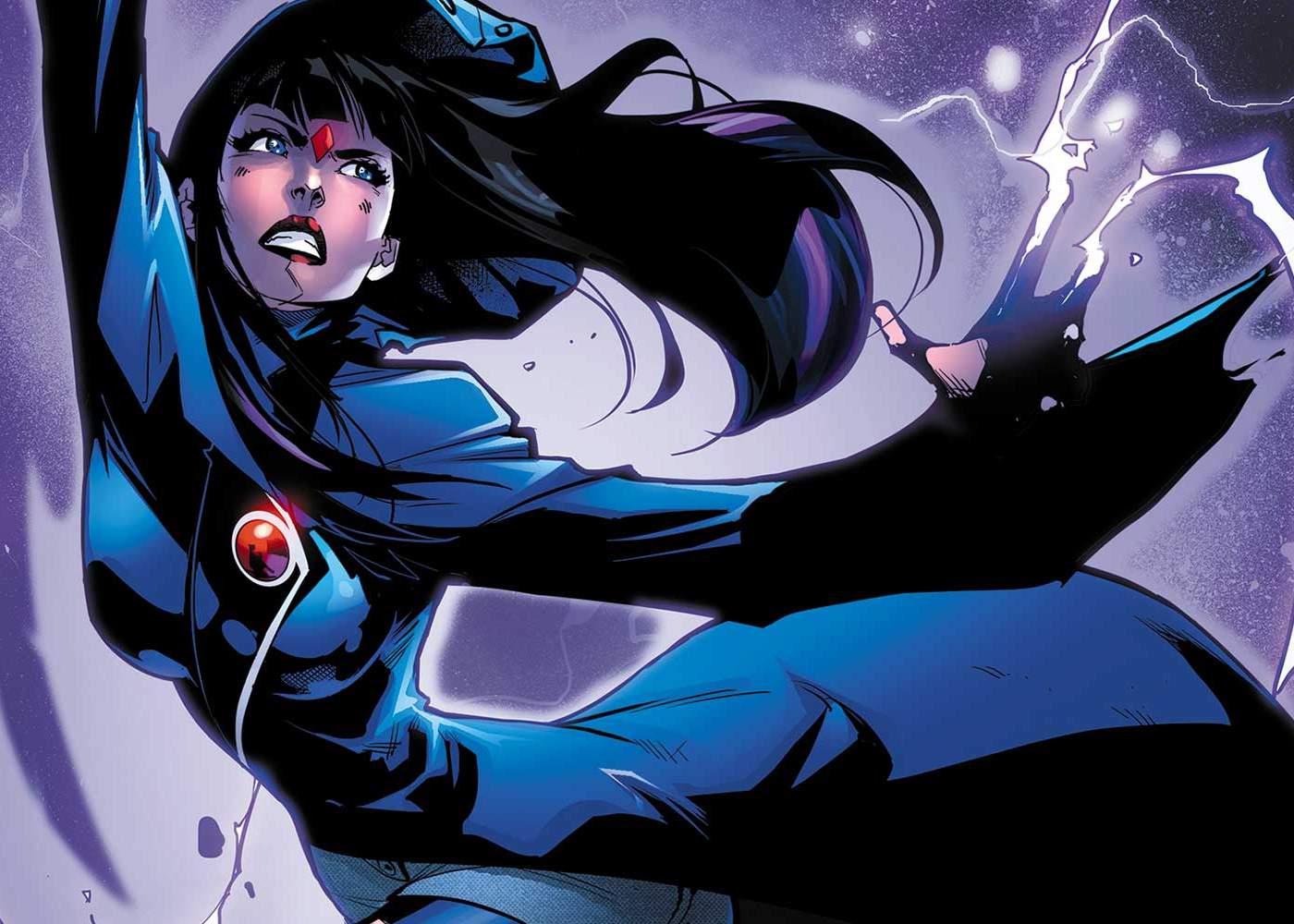 Warner Bros. and DC revealed earlier this year they were building a proprietary streaming service for DC-centric content. The only two projects known to be on the horizon are the highly-anticipated Young Justice Season 3 and Titans. Young Justice’s third run, entitled Outsiders, received a slew of news at this years San Diego Comic-Con. Meanwhile, details concerning Titans remain largely under wraps. Slowly but surely that is beginning to change. The show has cast Teagan Croft as one of its Titans, Raven.

Croft is an Australian actress and a newcomer, who’s previously starred in Science Fiction Volume One: The Osiris Child, reports Deadline. Croft’s take on Raven will be familiar. The daughter of a demon and a powerful empath, Raven needs to keep her emotions in check at all times, lest her more demonic nature be exposed.

In the comics, and as he’s been represented in television and film, Trigon is the father of Raven. Storylines featuring the two often depict Raven’s darker side being unearthed, as her father’s influence spreads through her. If such an arc were to receive exploration in live-action, there’s plenty of material Titans’ producers and writers could use to their advantage.

“Written by Goldsman (Star Trek: Discovery), DC Entertainment president and chief creative officer Johns (The Flash, Arrow) and Berlanti (Arrow, DC’s Legends Of Tomorrow, The Flash, Supergirl), Titans follows a group of young soon-to-be superheroes recruited from every corner of the DC Universe. In the action-adventure series, Dick Grayson emerges from the shadows to become the leader of a fearless band of new heroes that includes Starfire, Raven and others.”

Titans, like Young Justice: Outsiders, is only known to be slated for a 2018 debut. Neither show has received a specific release date, nor has the roll out of DC’s streaming service.