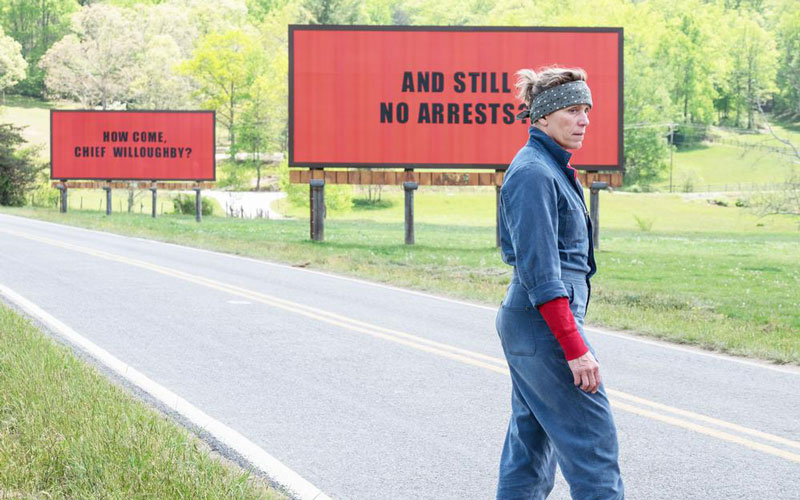 Tragic, humorous, and stunning at the same time, this movie brought some new perspective regarding how people makes their own decision whether for themselves, for their loved ones, for the community, or for those people that they hate. This movie captured how tragic things get if there is no love, what makes the story shine however, is the connection between each characters, the love and hate that they have for each other surely brings more light to the dark theme of this film.

Of course the three billboards played an important part in this movie because there would be no story if those billboards weren’t standing there, or if the girl named Angela was not raped. But the character who actually made a big impact in this film is chief Willoughby who was portrayed by Woody Harrelson, the billboards were an attack to him by the mother of Angela, Mildred (played by Frances McDormand), as she thought that the police aren’t doing their job well in order to capture the person who raped her daughter.

In return after chief Willoughby did an unexpected act, he decided to pay the billboard’s rental for Mildred and of course to show that he was not offended and that he never carried any grudge towards her. Chief Willoughby’s character definitely turned the tables in the end. All the hatred from among the characters were turned into love and the story became less and less darker however, this film stayed dark and quite depressing until the end and it ended openly as the characters were still having a hard time in making their final decisions. The movie was a blast of emotion and the story is good.

My final thoughts on this film is that despite it’s dark tone, it was still a good film about being a person, not being perfect but being able to love a person despite the rocks that they threw at you. It was such a nice film. The script was well-constructed; there were some nice conversation in this film where you will learn many things. The plot was good, the setting was good, and the casts did an amazing job. Overall, I’ll rate this film 9.0 out of 10.