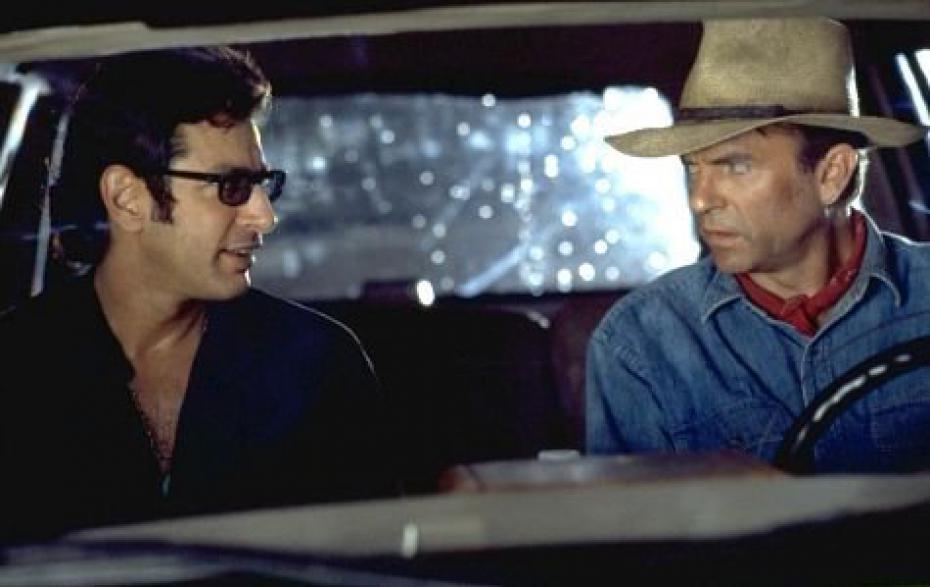 The last time we saw Sam Neill and Jeff Goldblum share the screen it was for the mammoth classic Jurassic Park.  Unfortunately, while they were both involved in the following two sequels, they starred in them separately. Goldblum headlined The Lost World, while Neill was coerced back for Jurassic Park III. But the Marvel Cinematic Universe has a way of bringing people together, doesn’t it?  According to a recent slip-up from Alan Grant himself during an interview with Shortlist, it sounds like we may see a minor reunion for the two veteran actors in the upcoming Thor:Ragnarok.

“Oddly enough…I’m not really allowed to say this and I can’t tell you what it is… I did a couple of days on Thor just before I came over here… But I had to sign all sorts of things that if I say anything else, Marvel’s secret agents — and they are lethal — will come and get me and probably my children, as well.”

How is that for some fun casting news?! While it would have certainly been a fun surprise to see Neill show up in the next Thor without any knowledge of it, consider us very curious as to what this limited role may be. It isn’t necessarily a guarantee that he and Goldblum will be sharing any scenes together, but they are at least confirmed to both appear in the movie at some point.

After the cat was out of the bag, Neill took to Twitter to comment on his involvement in Thor: Ragnarok. 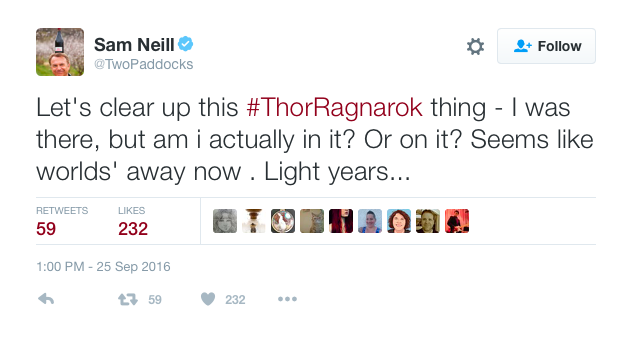 This feels like more of a minor damage-control tweet than anything else.  We may not find out the actual extent of Sam Neill’s involvement for quite some time.  Thor: Ragnarok is still currently filming under the direction of Taika Waititi, and is scheduled for release on November 3rd, 2017.