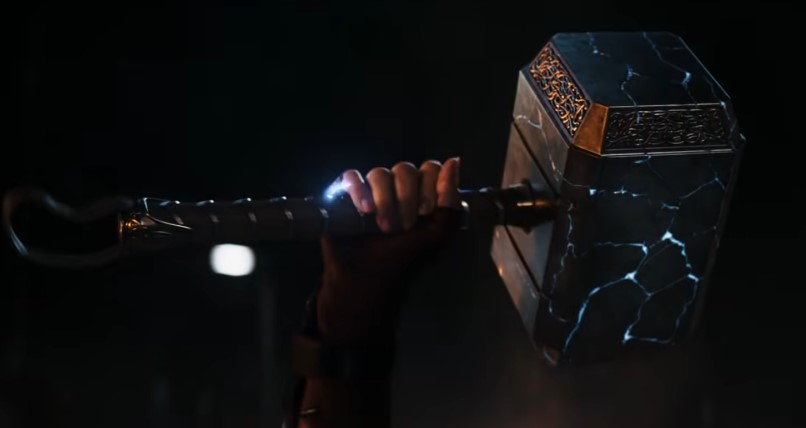 With the film coming out in July, a lot of fans were wondering why Marvel Studios hasn’t given us a look at Thor: Love and Thunder yet, but now they can take a breath as we now have the first teaser for the God of Thunder’s return.

Check out the Love and Thunder trailer down here:

The trailer doesn’t really give us that much on the villain Gorr the God Butcher (Christian Bale) or Jane Foster, but it does focus on the story of Thor and his identity crisis that has become the culmination of his appearances in the MCU. Here we see Thor just trying to figure out what exactly he wants to become, and with Jane Foster now wielding Mjolnir, it’s possible that the Son of Odin is ready to pass the superhero mantle to someone else.

With Steve Rogers and Tony Stark out of the picture, a lot of people are wondering just how long Thor has left in the MCU. While it’s easy to have the character just die, it would be great if he could just hang around the universe moving forward—function the way Odin did in the earlier Thor films. Maybe have an Old Man Thor movie in the next decade a la Logan? It’s just a pitch.

The film finds Thor (Chris Hemsworth) on a journey unlike anything he’s ever faced – a quest for inner peace. But his retirement is interrupted by a galactic killer known as Gorr the God Butcher (Christian Bale), who seeks the extinction of the gods. To combat the threat, Thor enlists the help of King Valkyrie (Tessa Thompson), Korg (Taika Waititi) and ex-girlfriend Jane Foster (Natalie Portman), who – to Thor’s surprise – inexplicably wields his magical hammer, Mjolnir, as the Mighty Thor. Together, they embark upon a harrowing cosmic adventure to uncover the mystery of the God Butcher’s vengeance and stop him before it’s too late.

Thor: Love and Thunder comes to theaters on July 8.