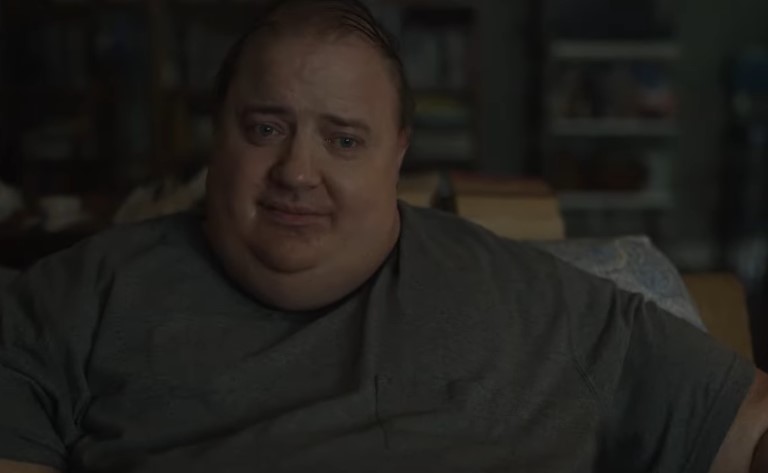 Brendan Fraser was one of the biggest stars of the early 2000s, but he has since disappeared into obscurity after some behind-the-scenes problems pushed him out of he spotlight. Eager for a comeback, Fraser was cast to lead Darren Aronofsky’s The Whale—to which he gained a lot of critical praise when it debuted a few months ago at the Venice International Film Festival. Now A24 is gearing up to release the film to a wider audience, and we have our first teaser.

The movie is based on a play of the same name written by Samuel D. Hunter. The premise reads: An obese and reclusive English teacher (Fraser) tries to reconnect with his estranged teenage daughter (Sadie Sink) for one last chance at redemption.

Though Fraser was considered an action star in his prime, it’s interesting to see him take on a more dramatic role—and one where he’s almost unrecognizable as the morbidly obese Charlie. Though the original play does have some comedic elements to it, I think A24 really wants to lean into the drama of the film. After all, you don’t promote a Darren Aronofsky film without making sure that the audience knows it’s going to contain a profound amount of human misery.

I’m actually excited for Fraser’s comeback, and I’m kind of disappointed we don’t get to see more of the movie in this trailer. Hopefully we get something more by the end of the month.

The Whale comes to cinemas on Dec. 9.