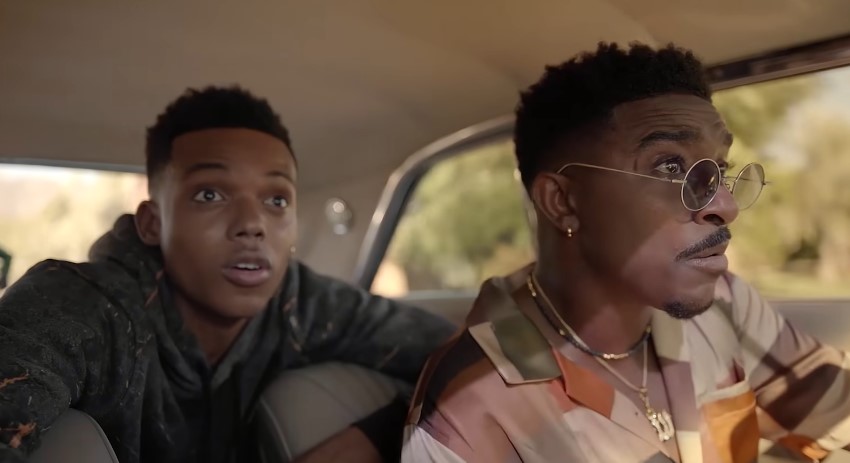 Before he was hunting aliens on Men in Black, Will Smith was known for playing, well, Will Smith in the hit sitcom The Fresh Prince of Bel-Air. Now Smith is set to reboot the franchise with Peacock, and we have our first trailer for Bel-Air starring Jabari Banks as Will Smith.

Just in case you didn’t know, the concept of a dramatic Fresh Prince reboot got buzz around 2019, when filmmaker Morgan Cooper released a fan trailer re-imagining the show as a serious drama about class divide and race.

Smith (the actor) had this to say when he shared the first trailer for Bel-Air:

“3 years ago, my guy Morgan Cooper uploaded his fan trailer to YouTube, showing how he envisioned the Fresh Prince as a drama. Now, here is the first full look at his retelling of the story that’s always been so close to my heart.”

Though the core concept of the show is pretty much the same with the original sitcom, it looks like there are going to be some changes when it comes to certain characters. Probably the most noticeable is that of the character Carlton (Alfonso Ribiero). Though Carlton is mostly known as a dork on Fresh Prince, it looks like he’s actually thriving in this upper-class community, and there seems to be some tension between him and his street-raised cousin Will.

Here’s a short summary of the original Bel-Air series:

The Fresh Prince of Bel-Air was a 90s African-American sitcom that starred then-20-year-old Will Smith, as a teenager from a tough neighborhood in West Philadelphia, whose mother, who fearing her son’s safety and ability to grow in an underserviced black community, sends him to live with their wealthy relatives, the Banks, in Bel-Air, California.

Bel-Air is set to premiere on Peacock on Feb. 13, right before Valentine’s Day.