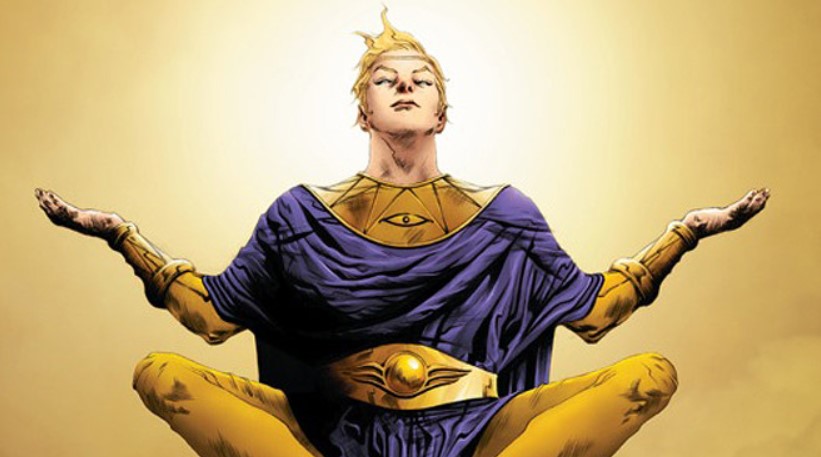 Fans were disappointed when it was revealed that HBO’s Watchmen was announced as NOT an adaptation of the Alan Moore comic; but I think they can be more forgiving if they knew this series was actually a continuation of the story. Some set photos actually give us a clue on the fate of Adrian Veidt a.k.a. Ozymandias, and the fallout of his Doomsday “alien.”

HBO's Watchmen looks to be a sequel to the comic.

The print on the article is too small to decipher what the cause of death of Veidt was, but what’s interesting is the other headline in the front page: Boise Squid Shower Destroys Homeless Camp, Kills 2.

It looks like after the event, Veidt had to make some smaller attacks to convince the world that aliens were indeed out to get them. You’ll also notice in the second picture that there are anti-alien shelters that were made for civilians all around the cities.

Showrunner Damon Lindelof had written this previously about his show:

“Those original 12 issues [of Watchmen] are our Old Testament. When the New Testament came along, it did not erase what came before it. Creation. The Garden of Eden. Abraham and Isaac. The Flood. It all happened. And so it will be with Watchmen… The Comedian died. Dan and Laurie fell in love. Ozymandias saved the world and Dr. Manhattan left it just after blowing Rorschach to pieces in the bitter cold of Antarctica. To be clear. Watchmen is canon.”

With the ending of the original leaving us to speculate on the fallout, it will be cool to see what the results of Veidt’s lie will be, and how it affects the future of that timeline. Sure I’m going to miss the original characters, but I’m also open to following the stories of newer ones—especially if they keep to the feel of the original book.