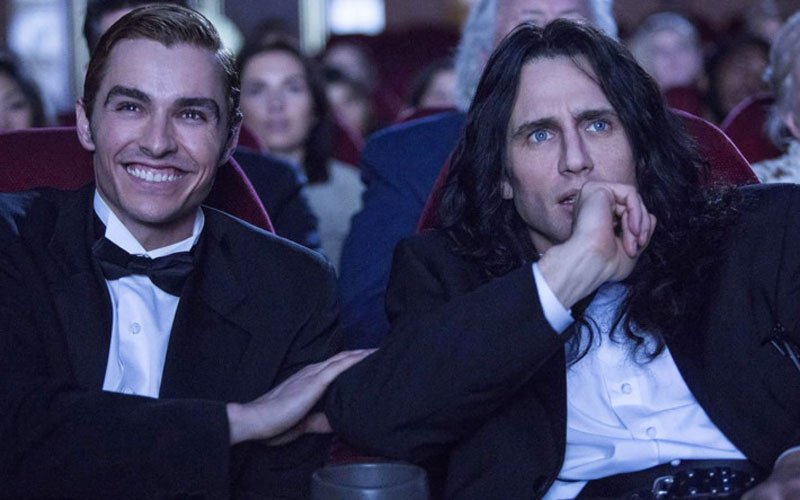 A comedy, film based on a true story of the making of one of the best unexpected comedy film in 2003 entitled The Room. This film shows the story Tommy Wiseau played by James Franco together with his best friend, Greg Sestero played by Dave Franco on their journey towards their dream of becoming Hollywood actors and how they were known for making one of the funniest film in the history.

What makes this film so entertaining though was the way that James Franco portrayed the role of Tommy because it was absolutely spot on, the way he talks and how he acts so weird all the time which for is not creepy or annoying, I think Tommy’s weirdness is a good thing for him and James Franco did justice to it. However, there are some scenes in the movie where things began to be a bit over dramatic that made me asked “did this really happen?” or “are these guys for real?” but I think it was funny and it is actually very entertaining.

I was laughing throughout the movie because like I said I like the weirdness of the character and knowing that he is a real person who made a real thing made me appreciate him more as a person and not just a character. Anyway, back to movie, the film definitely achieved its goal which is to make people laugh. It also made me appreciate the wonderful actors who did really well in this film. The script was humorous and I like the fact that it all goes according to real events and based on many different interviews. It is a film within a film which is quite fascinating.

I wanted to know more about the characters but the information form the film is still sufficient especially on Tommy Wiseau since there is only very limited information about him, to this day no one knows where he gets his money, or how old he really is, or where really came from. But, despite the lack of information, the movie still was able to portray the main highlight of the story which is the creation of The Room. Overall, I’ll give this film a 9.2 out of 10.