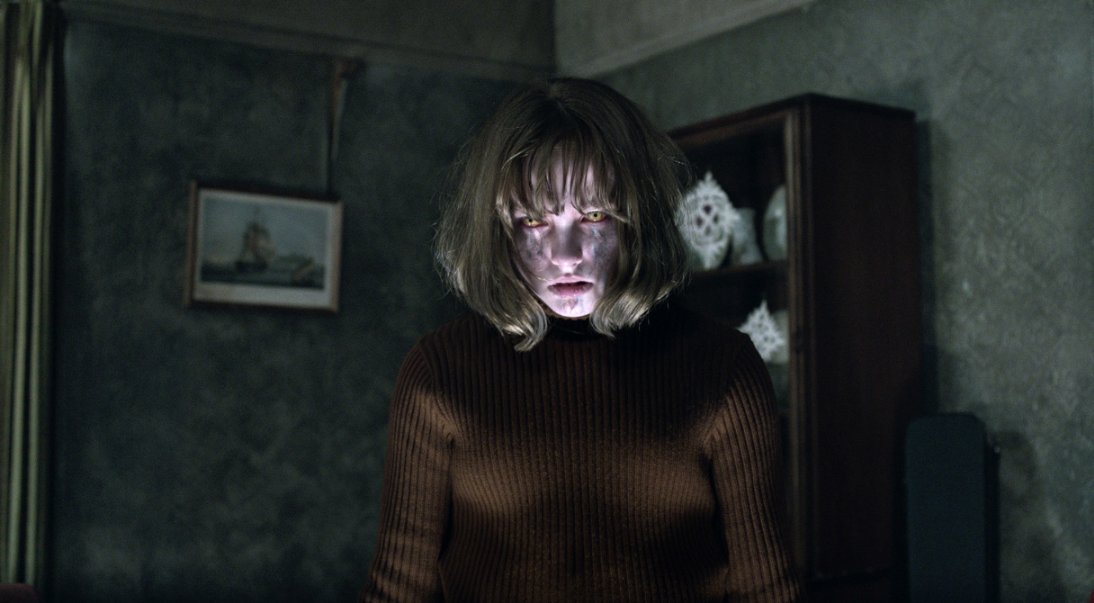 Horror movies aren’t ordinarily supposed to make you care. They should thrill, terrify, mess with your digestion, but turning on the waterworks is a no-no. Horror is a test of willpower, a way to show your date how tough you are. Reaching for tissues? Save that for the next Pixar movie. Right?

With The Conjuring 2, James Wan has made the rarest kind of horror film. It’s packed with suspense and big scares, yet you come to love its characters. In a genre stocked with cardboard cut-out machete fodder, The Conjuring 2 dares to remind you that horror is about people. 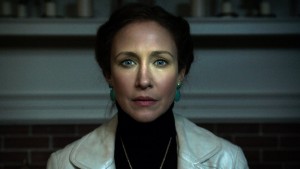 Fresh off a séance in the Amityville house, paranormal investigators Ed and Lorraine Warren (Patrick Wilson and Vera Farmiga) are called to London on a similar case. Little Janet Hodgson (Madison Wolfe) has been speaking in a dead old man’s voice, warning the family to get out of his house. Despite Lorraine’s premonition of Ed’s untimely death, the Warrens go where they’re needed, and find themselves in the thick of the Hodgsons’ nightmare.

The movie has plenty of what we’ve come to expect from paranormal flicks, echoing classics like The Exorcist, Poltergeist, and Rosemary’s Baby. This is more than just the usual, expensive film school project we get from less-accomplished directors. Wan knows his genre, but he’s trying to take it to new places. His scare scenes are timed beautifully, more than the usual game of peek-a-boo these movies like to play. 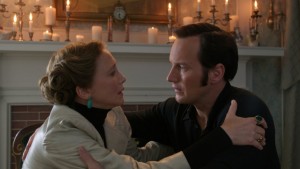 The film’s biggest coup, however, is its cast. Wilson and Farmiga have an undeniable chemistry together. They believe enough in the material to make it work, a difficult feat for movies with less-skilled leads. Frances O’Connor is equally convincing as the Hodgson family matriarch. The child actors put in good work here, especially Wolfe as the possessed girl. Javier Botet, Bonnie Aarons, and Bob Adrian have the most fun as the ghosts, terrorizing with the almost childlike abandon.

Along with rich characters and credible performances, the film’s seventies setting is key to its success. The London neighborhood, with its lookalike houses stretching for blocks, is a callback to the suburban horror of Richard Matheson and Stephen King. The Conjuring 2 evokes a time when horror was at its creative peak, when big studios were willing to bank on greasy kids’ stuff like ghosts and demons, and treat the genre with the same respect they’d give a Dustin Hoffman movie. It’s retro, and that’s just fine.

While Wan’s previous films hit all the expected postmodern genre buttons – a Kubrick reference here, a splash of Raimi there – The Conjuring 2 will leave you feeling like the jump scares were worth the journey. It’s not too tricky, clever, loud, or even sentimental for its own good. It’s a near-perfect mix of solid storytelling and funhouse madness. See it with someone you love. Shop for matching night lights later.