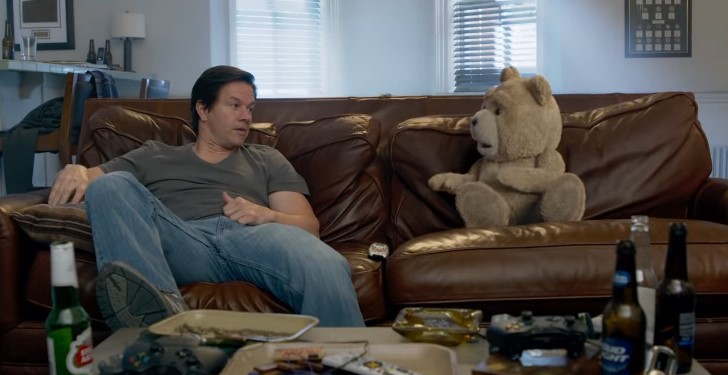 We’d met the foul-mouthed teddy bear Ted back in 2012, but Mark Wahlberg’s ‘thunder buddy’ is set to make his return to the small screen.  A Ted prequel series has been greenlit by Peacock and thanks to THR, we have a look at the cast of the show.

Besides Seth MacFarlane who will be coming back to voice Ted, the show has also cast Max Burkholder to play Ted’s best friend John. While John is a grown-up when we meet him in the movie, this show will focus on his teen years—in which we can expect Ted to be nothing but a bad influence.

Besides the character of John, the series also includes Giorgia Wigham who will be playing the role of Blaire, John’s cousin who is described as an intelligent, liberal young woman. Rounding out the cast will be Scott Grimes who plays Uncle Matty, a ‘blue-collared Bostonian’ who is the traditional middle-aged working male stereotype, frequently clashing with his liberal niece Blaire.

The show will be in live-action and will also be set in the 90s. Here’s the description:

Peacock’s Ted is set in 1993 and Ted the bear’s moment of fame has passed, leaving him living with his best friend, 16-year-old John Bennett, who lives in a working-class Boston home with his parents and cousin. Ted may not be the best influence on John, but when it comes right down to it, Ted’s willing to go out on a limb to help his friend and his family.

While we never got a third Ted movie, this should allow MacFarlane to squeeze out more jokes from this bad-influence-bear. Though the films aren’t perfect, maybe MacFarlane will feel right at home developing something for television.

No release date has been announced for the Ted series.