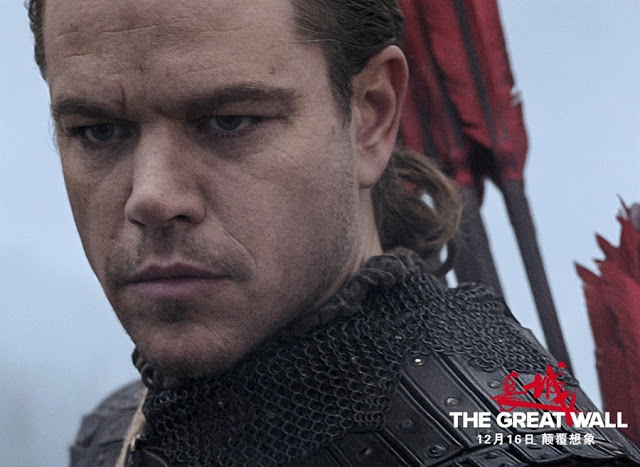 One of the first big original blockbusters of 2017 is Zhang Yimou’s The Great Wall. Starring Matt Damon and the result of a historic collaboration between Western and Eastern film studios The Great Wall looks set to pave the wave for an increasingly globalised film industry. The $150M blockbuster has already been released in China and has managed to make its production budget back (at time of writing it’s made $219M with $170M of that coming from China) despite middling reviews and is expected to do quite well when it opens Stateside next weekend.

As is usually the case with tentpole blockbusters Universal Pictures have numerous arms to their marketing machine for The Great Wall. We’ve got teasers, trailers, TV spots, Twitter blurbs, Instagram spots and more. There’s so much marketing for a movie like this that it’s understandable if some snippets are better than others. However, one piece of marketing was received so poorly that Universal have actually removed it from view.

Yesterday, the official The Great Wall Twitter account showcased a short piece of action where a solider fires an arrow at a monster. However the shot shows a hideously unfinished piece of C.G.I and not nearly what you’d expect from a $150M blockbuster that was finished ages ago (remember, the movie has been out for months in certain parts of the world). After being ridiculed by viewers, the Twitter account removed the video but because the internet never forgets it has been uploaded across the net. However, Universal are quickly copyright claiming any attempts to re-upload it, but here are screen-captures of the spot below;

I’m sure the final product will look awesome (especially since similar creatures have appeared in other trailers fully rendered) but this is the last thing a tentpole blockbuster needs. Director Zhang Yimou has made some of the most visually glorious movies of all time, including House of Flying Daggers and Hero, so it’s a shame that someone involved in the marketing may have accidentally misrepresented his vision for this project. But who knows, maybe it turns out that mankind built a 5,500 mile long wall to keep out bad C.G.I.