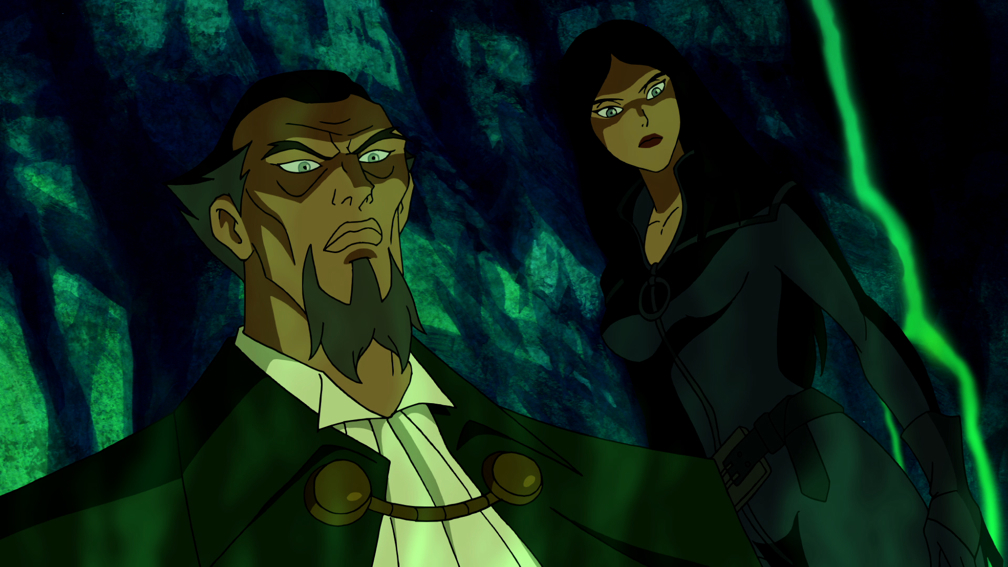 Don’t expect the immortal Ra’s al Ghul or his daughter Talia to appear in Ben Affleck’s Batman film. The news comes from an inside source via The Wrap. Therefore, if true, we probably shouldn’t get our hopes of for the League of Assassins either. Perhaps one international assassin, Deathstroke, is enough for one Batman movie. We’ll have to wait and see.

If this is true, it’ll be interesting to see if and when the al Ghul clan and the League are introduced to the DCEU. Outside of the comics, Ra’s and Talia have been favorably managed in other media. Batman the Animated Series offered a fascinating take on the dynamic between the Bat and Ra’s. The theme was carried over into the Arkham series. Despite their differences, the two have mutual respect for one another, with Ra’s typically calling Batman “Detective.” Talia’s relationship with Bruce, her beloved, is also an intriguing aspect that continues to spawn great story arcs.

In Nolan’s Dark Knight trilogy, Ra’s al Ghul was integral to the narrative and Batman’s growth as a hero. Talia came aboard in TDK Rises in a twist of sorts. Other than that, we’ve never seen her in live-action… unless you count little Talia in Arrow Season 4. Lights Out’s Teresa Palmer was going to play her in George Miller’s Justice League Mortals in 2008. However, the film was cancelled. Later, Nolan hired Marion Cotillard to play the daughter of the Demon’s Head in his universe.

We know very little about the Dark Knight in the DCEU. How he was trained, who are his allies (other than Gordon and Alfred), and what his early years were like are all questions currently in the air. We also have limited details on the villains in his stable. Does he even know Ra’s and Talia, is there a Two-Face, a Bane, maybe even a Hush or Wrath? Tell us your thoughts and theories in the comments below.