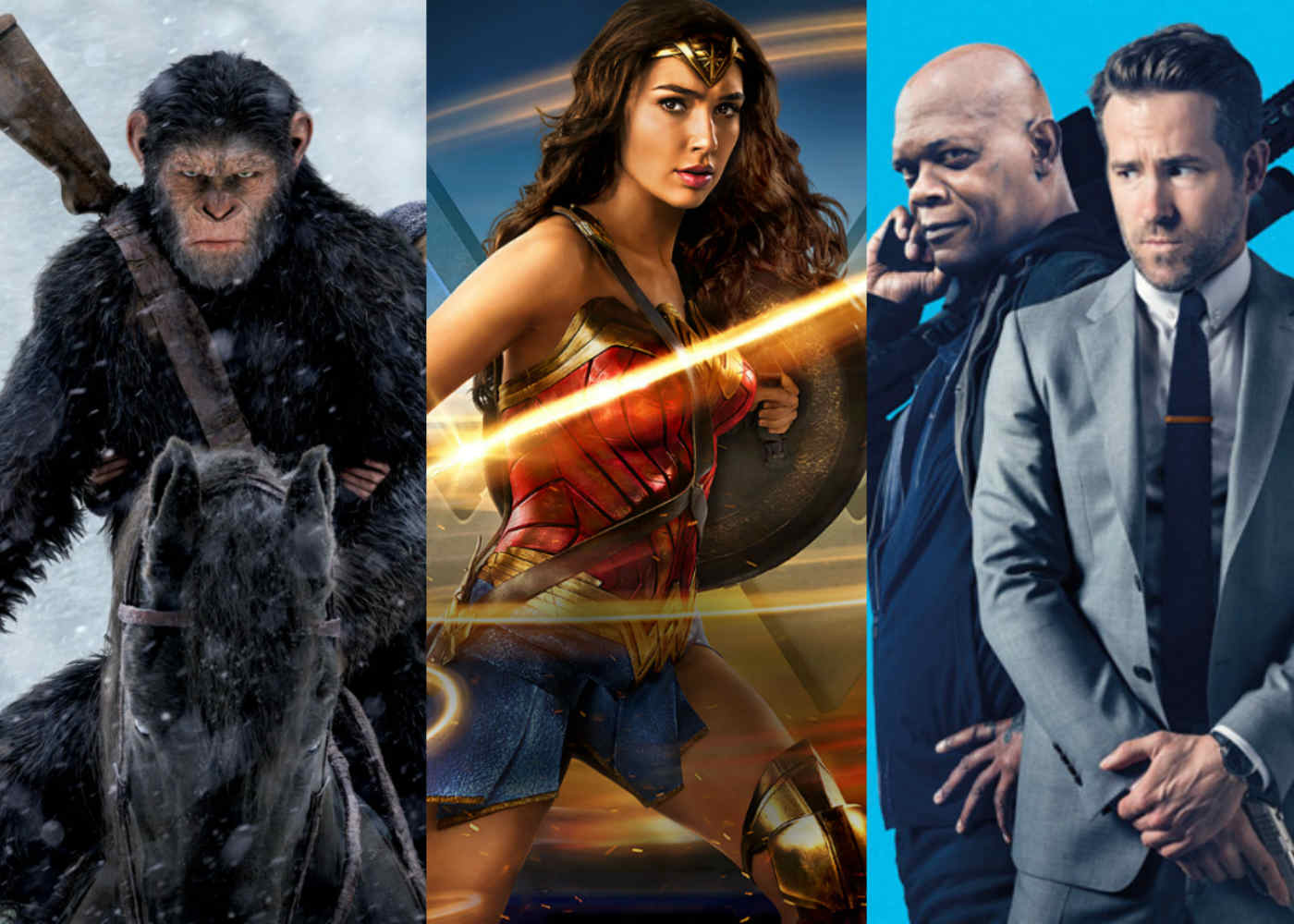 Much has been made over the past few weeks about the steadily declining box-office at the movies during the Summer 2017 Movie Season. With takings of around $3.8bn between the period of May and August, domestic movie receipts are the lowest they’ve been since the Summer of 2006 which also totalled $3.8bn with Pirates of the Caribbean: Dead Man’s Chest being the highest grossing release domestically that Summer ($423M). With Wonder Woman being 2017’s biggest Summer movie with $409M (and counting, domestically) there were no shortage of big box-office successes. In fact, 11 movies made over $100M domestically during Summer 2017. So where is this shortage coming from and if this is an issue, what can Hollywood do to fix this?

For the sake of structure, let’s break down the issue into 4 points;

1. The Distribution of Receipts

When you break down the numbers for the past 10 years, you can see one major issue; disparity. While 11 movies made over $100M domestically this past Summer, that number is lower than previous years. In 2016, we had 14 movies hitting that milestone, in 2015 we had 12, 2014 had 14, 2013 (the most successful Summer at the box-office in recent history) had an eye-watering 19 movies, 2012 had 12, 2011 had 18 and so on and so on. It can’t be a coincidence that the last weak Summer movie season in 2006 also only had 11 movies make over $100M domestically. While the difference may not seem prominent, when you look for movies earning $150M+ then you really start to see what’s happening at the box-office.

2017 had 7, 2016 also had 7 but when you go further back you’ll see that the box-office is not only higher than 2017’s takings but that the wealth was spread even further with 2015 seeing 10 movies make more than $150M, 2014 with 11, 2011 with 11 etc. Now the difference can only be counted on one hand, but when you’re talking about Summer tentpoles, you’re talking hundreds of millions of dollars worth of difference. Going back to 2006, while Pirates of the Caribbean: Dead Man’s Chest took $409M to become Summer #1 Movie, the #2 movie was Pixar’s Cars with $244M. It’s almost comically lop-sided.

Not to mention inflation which means that while the actual number of dollars is impressive, due to increased ticket prices the actual number of people seeing these movies is steadily declining. For example, while 2012’s The Dark Knight Rises made $448M domestically and 1989’s Batman made $251M, the latter actually sold 12 million more tickets and way more people went to see it. One point Geekfeed.com’s editor Dan Gibbins pointed out is that there’s only so much dollar to go around and this inflation is causing multiplexes to chase after the same audiences and their numbers are starting to dwindle or are finding alternative forms of entertainment.

2. All The Eggs in the Comic-Book Basket

So in Summer 2017 what we see is that while we still have heavy-hitters, the box-office is not as well distributed as previous years with audiences being more selective with their spending. When we push our hypothetical threshold to $300M+ earners, the only movies to break that barrier domestically this past Summer were comic book films. This article is not a “Comic Book Movies Are Ruining Cinema” think-piece, but the audience is speaking with their dollars and that is what is making the most money right now. And while the 2017 box-office for the whole year has been lagging, there’s a very good chance that November additions like Thor: Ragnorok and Justice League will pick up the slack.

But what we seem to be seeing is that major distributors are relying too much on comic book movies to prop up the rest of their slate. There will eventually be a saturation point, or the comic book bubble will eventually burst but that’s the case with all trends such as the Western. But should that happen sooner than everyone is expecting, what will Hollywood replace those films with? What is going to prop up the rest of their releases and support their independent ventures where they find new/undiscovered talent to hopefully work on their next tentpole success?

Perhaps instead of trying to prop up their calendars with pricey, questionable experiments like The Mummy, Valerian: And the City of a Thousand Planets or The Dark Tower, maybe it would behove studios to look for lower-budgeted, socially relevant projects like Get Out which is the most profitable movie of 2017 so far only costing $4.5M but taking in $175M domestically. Smaller films like Baby Driver, The Big Sick, Girls Trip and 47 Metres Down might not have attention-grabbing box-office receipts but they made solid profits. Maybe instead of making The Bride of Frankenstein it could benefit Universal to invest that singular massive budget into 2 or 3 mid-tiered projects that are marketed effectively. Instead of a single tent-pole, make multiple support beams for a business and make the output from a variety of sources and not just critically acclaimed comic book titles.

Let me share a statistic that I read recently that blew my mind. In the U.S. 100 movies make 92% of the total box-office every year. The remaining 8% is fought over by 650 other releases. Something structural has gone wrong in Hollywood and this disparity and lack of lower-budget wide releases could go towards that.

A lot of headlines were written during Summer 2017 about how RottenTomatoes was to blame for increased audience awareness and smarter consumer spending. Instead of spending $20 on a ticket to see Baywatch, audiences simply looked online to see a negative consensus and decided their money was better spent elsewhere. While companies like Sony will cry foul about RottenTomatoes and critics, they will simultaneously use Baby Driver‘s 100% score on RottenTomatoes to market their film (pictured above). Studios cannot have it both ways and maybe this Summer was a wake-up call.

It’s worth understanding that movies are NOT a meritocracy. Sometimes great movies under-perform (War For the Planet of the Apes) and sometimes terrible movies do well (Transformers: The Last Knight still made money). However, this year we definitely saw a shift where consumers were becoming more aware of the lack of quality films and the box-office reflected that. This could also be seen as a consequence for the Summer of 2016 where many high profile films disappointed such as Alice Through The Looking Glass, Warcraft, X-Men: Apocalypse and Independence Day: Resurgence etc. so perhaps audiences were simply burned too many times and are now far more cautious in Summer 2017, one year later.

While a film’s critical reception and box-office receipts will never fully correlate, there was definitely a shift in 2017 and that shift may prompt other studios to take the same approach that Marvel/Disney/Pixar do and I’m not talking about sequels and cinematic universes, I’m talking about extensive pre-production and additional time spent on writing their screenplays before rolling the cameras and the budgets start to balloon.

Another thing Editor Dan pointed out was that the tentpole movies this year were released even earlier than usual with February giving us The LEGO Batman Movie and next year we’ll see Black Panther be released in this month. Due to the blockbuster season being all year around, you’d think that there’d be no space to release major releases except we’ve found that August 2017 was essentially a barren wasteland. August 2017 totalled $351M domestically for the entire month. That is the lowest grossing August at the U.S. box-office since 1992. Where are the August releases? Guardians of the Galaxy and Teenage Mutant Ninja Turtles back in 2014 proved that August is a commercially viable month and maybe if a film like War For the Planet of the Apes or Alien: Covenant planted their flags there instead of in a much more competitive May, June or July they’d have actually performed the way 20th Century Fox intended to.

The #1 movies of August 2017 have been The Dark Tower, Annabelle: Creation and The Hitman’s Bodyguard (the latter has bafflingly spent 4 weeks at #1). Release almost any other movie Summer-type movie during this meagre month and watch it break records but instead studios are insisting they release their films earlier and earlier in the year when there were still around 4 weeks worth of box-office dollar being left unclaimed in August. Annabelle: Creation is August 2017’s highest grossing film with $91M domestic. Previous August winners have been Suicide Squad with $325M, Guardians of the Galaxy with $333M and Rise of the Planet of the Apes with $176M.

So, what have we learned here?

No, that’s a legitimate question. Summer 2017 is going to raise about a million questions in the offices of movie executives, investors and film producers all across America and there won’t be that many concrete answers. What may need to change in order to prevent a potential future of year-on-year declines of box-office receipts may have to be a systemic, ground-up change. Drastically cut down on sequels? Re-energise the mid-tiered film productions? Spend more time in pre-production? Lower movie ticket prices to make the medium more broadly affordable?  This is a complex issue with no shortage of answers or dead-ends and no amount of think-pieces like this is going to really change that.

All that’s certain is that there is an issue and it’s up to the folks at the top to figure out how to resolve it.