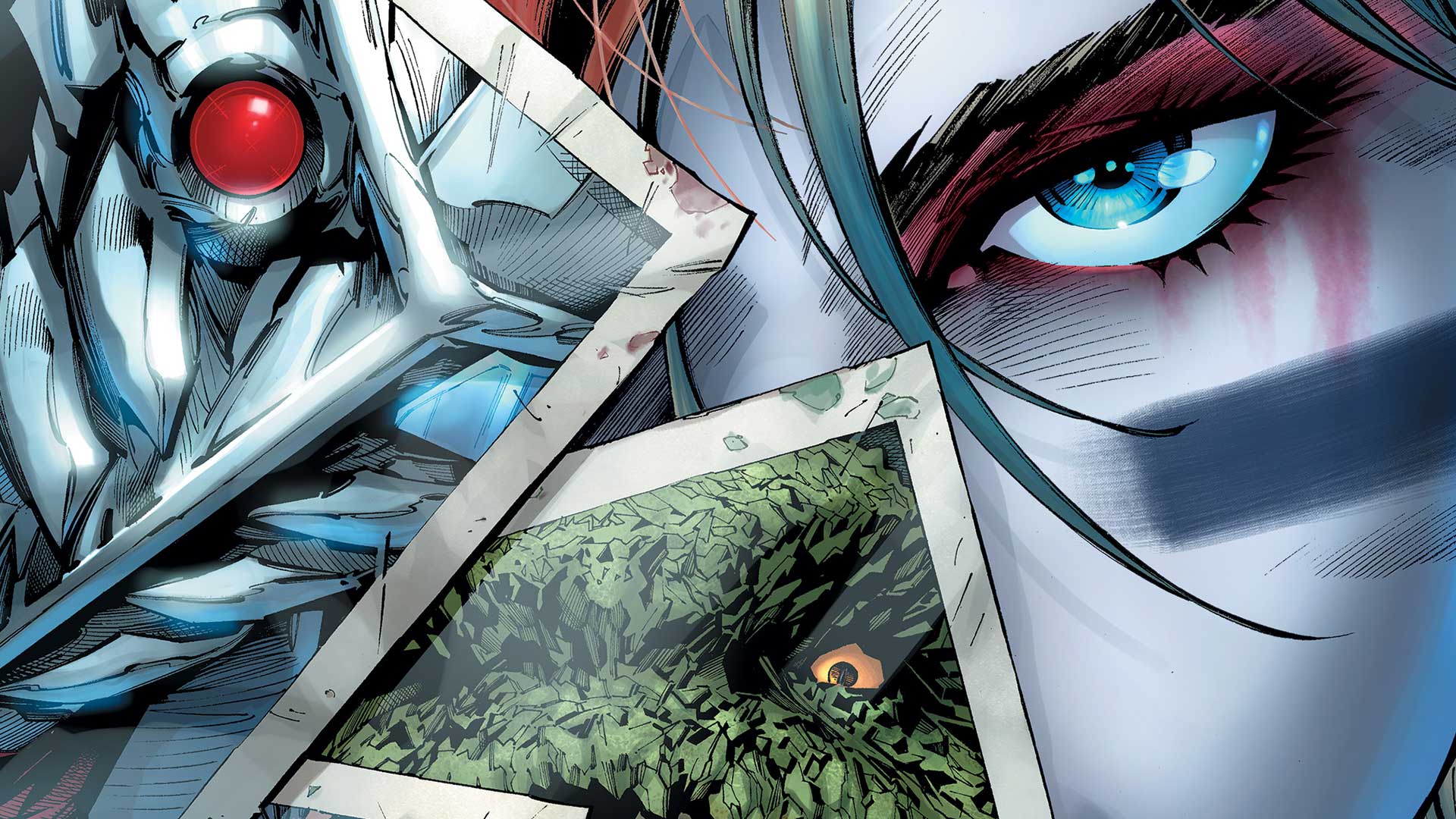 I will not pretend to be a Suicide Squad savant. All I know comes from various iterations of the team on TV and the Queen-themed trailer to the newest DC movie of the same name. Even when it comes to the Suicide Squad film, I’ve avoided so many spoilers that I know nothing more than the very basic premise. This DC Rebirth issue seems to be catering to people like me: Novices.

Rick Flag, the newest addition to the Suicide Squad (or Task Force X), serves as our eyes as he learns who and what the team is. The obligatory exposition, narrated by Amanda Waller, gives individualized details about each squad member. All of this comes after she confronts Obama about the necessary evil this team serves. 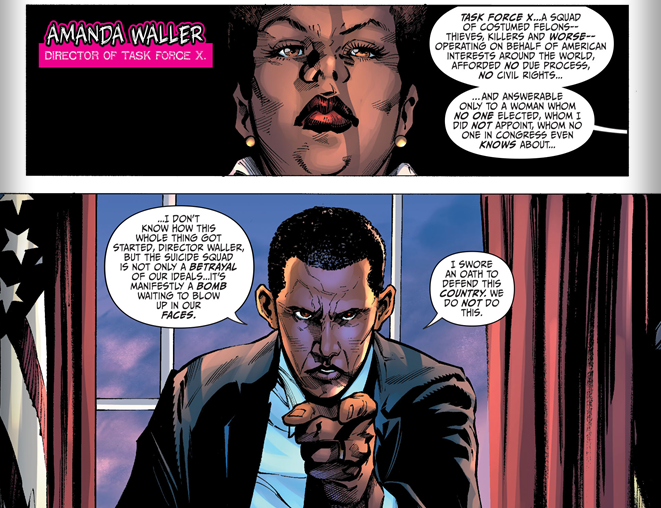 The way Rob Williams writes the issue is basic team exposition with an underlying plot, to set up the following main book. While Rick Flag gets convinced to join Task Force X, we see the squad in action. This version includes Harley Quinn, Boomerang, and Deadshot. Their backdrop mission is simple: Get the bomb before it explodes. Of course, there is so much more implied for this task force, but I won’t spoil it.

Phillip Tan’s art is visually “scruffy” in the best way possible. His style is detailed and attractive, yet those scruffy details add a level of grit needed for a book about villainous heroes. Harley Quinn is one of my favorite DC characters, but her constant, skimpy redesigns have become a turn-off for me. All the characters seem to follow a look that leans more towards the movie-verse. The addition of Harley’s Letterman jacket is proof of that. This isn’t her worst look, but could someone explain Deadshot’s spiky helmet? It’s visually what bothered me the most, but I don’t have enough fan-authority to complain. 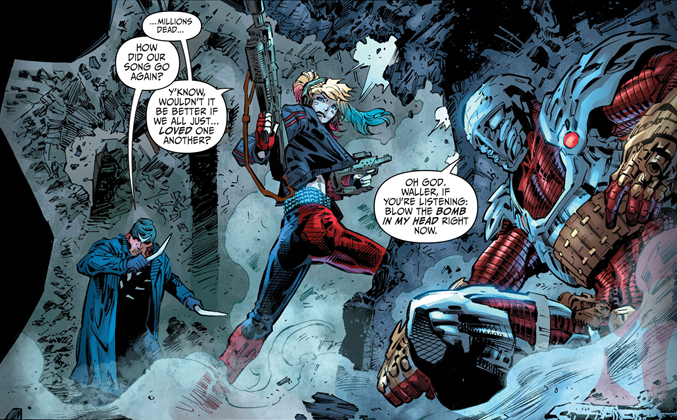 If you’re like me and want to be introduced to the Suicide Squad of the comics, this is the book for you. Except, with so much cinematic influence, don’t be surprised if this book becomes a bit redundant once you see the movie. Even so, as a Squad newbie myself, I definitely want to read the main book’s first issue come August 17.

Soldier. War hero. Traitor. Captain Rick Flag was one of America’s greatest military commanders before he was banished to a secret military prison. But after years of isolation, Flag’s life changes forever when a woman called Amanda Waller offers him redemption in exchange for taking on the single most dangerous job in the entire DC Universe: keeping the Suicide Squad alive!

The issue is fun and offers a great jumping-on point, but feels like it’s setting us up for the movie rather than the comics. This isn’t a bad thing, especially if the movie proves to be a success.