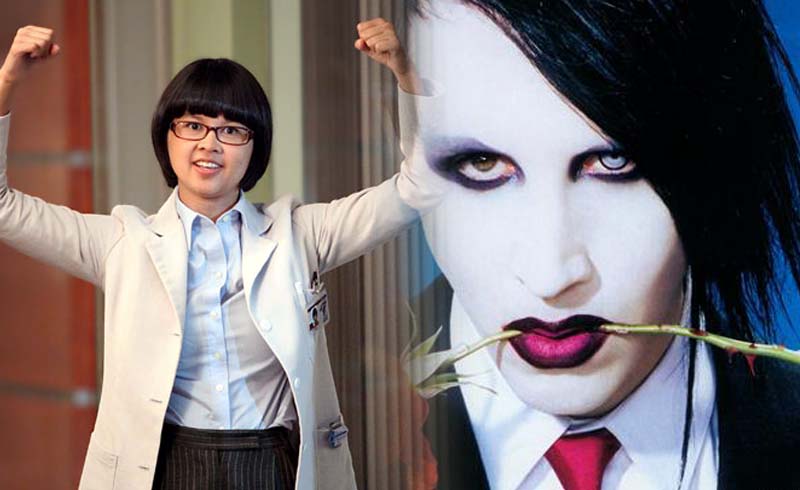 Comedian Charlyne Yi has been having small roles in several films and series and is currently the voice of Ruby on Steven Universe and Chloe in We Bare Bears. With the internet buzzing on about Marilyn Manson’s recent breakdown onstage, Yi has come to comment about how Manson harassed “just about every woman” on the set of House M.D.

Ugh, don’t even get me started on Marilyn Manson… Yes this happened a long time ago — on the last season of House he came on set to visit because he was a huge fan of the show and he harassed just about every woman asking us if we were going to scissor, rhino & called me a China man.

Yi was said to have deleted her Twitter after several fans of Manson have come to attack her online. She also wrote:

It’s so triggering to see people come up on the internet who have harassed you. And then when you talk about the incidents you become known as the person tied to the harasser… And that’s just your name from now on. It almost overrides who you are.

Yi is also not the first person to have accused Manson of sexual misconduct. He also faced multiple allegations last year, and has even come out to say that the recent Hollywood shake-up is getting out of control; saying that women should talk to the police rather than the press and that the movement “could ruin a lot of people’s lives that don’t need to be ruined.”

Manson has yet to comment on Yi’s statements, but I think he still stands by his statements from last year.