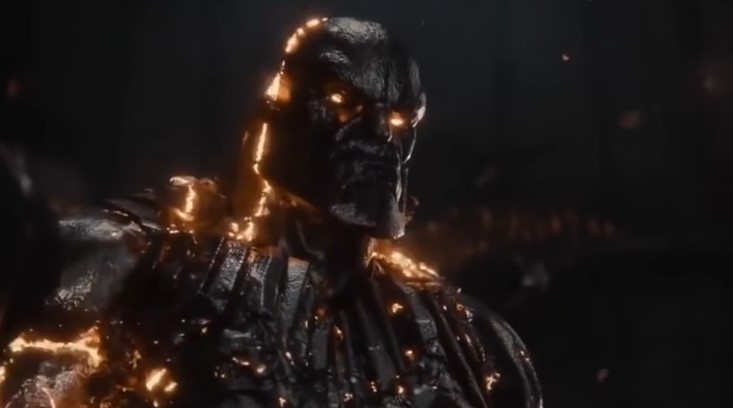 The hype is steadily building for the release of Zack Snyder’s Justice League next week, and after we got some teasers focusing on each League member, we know have one putting the spotlight on the villains Darkseid (Roy Porter) and Steppenwolf (Ciaran Hinds).

We don’t know exactly how the story will be different this time around, but we do know that a lot of the villains’ original motivation was removed when it came to the theatrical cut of Justice League. Now we get a more expansive look at the power dynamics of Darkseid’s army, and we also get to see more of the war between the parademons and Earth’s army of gods, men, Amazons, and Atlanteans.

With Snyder actively trying to do the opposite of what Marvel is doing with the DCEU, I’m very curious to see how Darkseid will be different, seeing that he’s essentially just the DC equivalent of Thanos. I do admit, even with just these small teasers, Snyder and Porter have crafted a villain with such a presence, and every line delivered is just so ominous and cool.

Admittedly, a lot of fans are being cautious about their optimism when it comes to the movie. While it’s great that Snyder is finally getting to publish his vision, his fans are still very aware of his weaknesses; like his over-indulgence in the narrative element or his penchant for needless violence. That being said, this release is a win for the creatives, and I would rather have it than nothing at all.