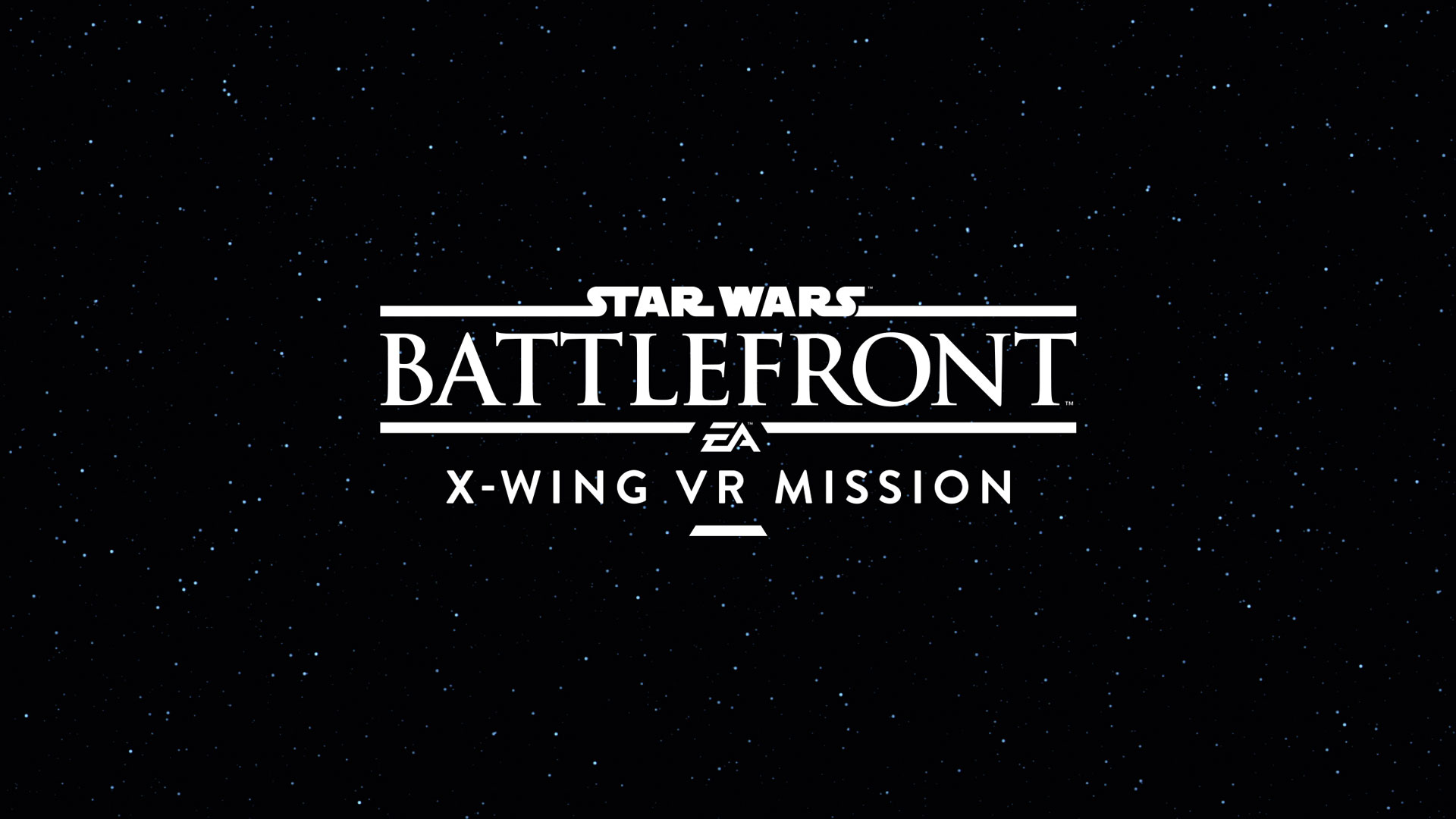 Star Wars has been used to sell us on pretty much everything, right? Action figures, video games, trading cards, dressing gowns, slippers, underwear, cookie jars, and even macaroni & cheese. Nothing can resist the power of the Force and virtual reality appears to be next in its sights. Star Wars Battlefront developer DICE has teamed up with acclaimed Burnout studio Criterion Games on a slice of Rogue One-inspired VR goodness, released as a free download for Battlefront owners last week. It’s certainly a small slice, but on my word it’s a tasty one.

The 20-minute mission casts you as an X-Wing pilot and in doing so fulfills the dreams of just about every human who grew up watching Star Wars. First of all you’re given the opportunity to take a tour of your ship — think of it like ForzaVista for spacecraft — and appreciate just how good it looks. Although the compromises made with PlayStation VR when it comes to resolution have been well documented, it’s smaller scale titles have still been able to showcase some truly impressive visuals. Batman: Arkham VR was one such game, and Battlefront’s Rogue One mission is very much the same.

Of course the real fun is when you actually take your seat inside the cockpit, in which pretty much every single button, lever and knob can be interacted with. It’s a bit of a shame that there’s no PlayStation Move support to make it a slightly more tactile experience, but it’s still more than enough to make a geek’s pants just a little wet. You can even bring up the targeting computer, and then send it down again when you realise you’re actually way stronger in the Force than you realised. Either that or you’re just really good at using the lock-on button.

Indeed, the space combat on offer here is very basic, just as it is in core Battlefront. You can control the speed of your fighter’s movement, employ lock-on targeting, fire shots until your guns overheat and shoot out a homing missile. You can also use a booster to thrust yourself forward at speed and pull up a shield for a short period of time, although the ability to perform barrel rolls and other daring aerial feats have been removed for risk of making players all across the galaxy obscure their cockpit window with a load of vomit.

Despite its simplicity, there’s no denying the true thrill of guiding an X-Wing through an asteroid field, dogfighting with TIE Fighters, and eventually taking out an Imperial Star Destroyer. You also get to make the jump to lightspeed, and there are some fun nods towards what we can expect from Rogue One when it hits cinemas. It’s difficult to envisage a better way to sell VR to someone than to have Sony get together with Disney and set up PSVR kiosks in theatre lobbies all over the world. Nobody will be more pumped to virtually step into the Star Wars universe than just before or after they’ve seen the new film.

If VR is to become a truly mainstream form of entertainment, it needs experiences like this to hit. Criterion and DICE have done their bit, and hopefully it proves successful enough for EA and Sony to slide their hands back into their wallets and put something a little more fully formed together next time. What better way to resurrect the beloved Rogue Squadron series than by doing it in VR?

Star Wars is pretty much the biggest thing in the entertainment world right now, and its first steps into VR has been taken with extreme confidence. There’s plenty to be said for the zany creativity on show in the likes of Job Simulator and the abstract awesomeness that is Rez Infinite, but surely it’s the opportunity for people to become part of their favourite universes that could truly launch VR into the mass market. If Star Wars isn’t the thing to do it, it’s hard to imagine what is.