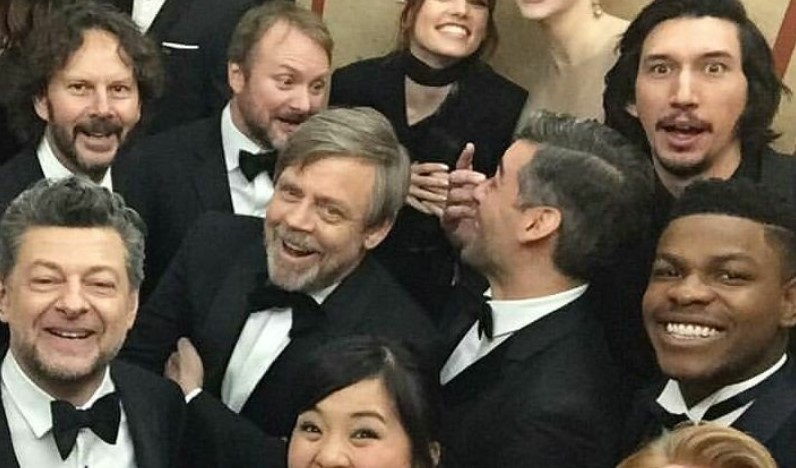 Star Wars: The Last Jedi just hit digital, and Mark Hamill has just shared this fun photo of almost every major character in the cast celebrating the premiere of the film. He even has a small comment about whiny fanboys.

Even as the cast felt overjoyed after the triumphant premiere of #TheLastJedi, the guy in the upper-left corner was already silently composing a mean-tweet about how he thought the movie SHOULD have been. pic.twitter.com/jmETR3dgD9

I love how everyone is all smiling in the photo, including Adam Driver who was said to have gone method-actor and was the gloomiest person on the set. We can also see the towering Gwendoline Christie (Captain Phasma) behind him, who stands 2 cm taller.

Though a lot of people may be calling The Last Jedi divisive, I’m happy that Lucasfilm is sticking to their guns and letting Rian Johnson play more with the universe. Warner Bros was at a panic when people hated Batman v Superman, and look how much of a mess Justice League was after all the changes.

Though it is tough to watch Luke Skywalker die, the effect of him re-installing hope in the galaxy has a way bigger impact on the story. I just hope J.J. Abrams takes more risks when it comes to Episode IX because if I have one gripe about The Force Awakens, it’s the fact that the move played it too safe.

Star Wars: The Last Jedi I now available on digital and will hit Blu-Ray on March 27.

Show Your Star Wars Love With Merch From Humanly Awesome!