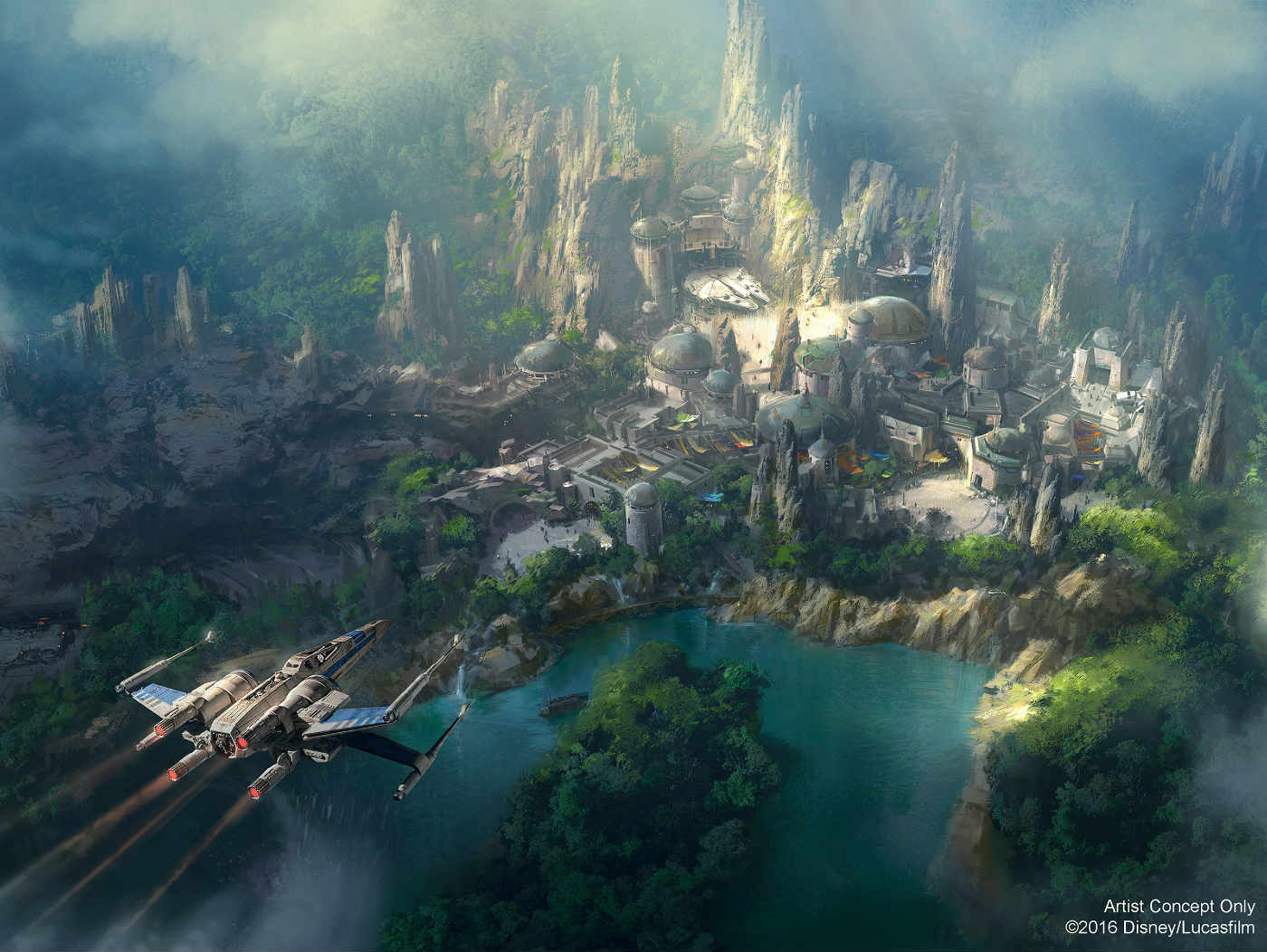 Ahead of this week’s D23 Expo in Anaheim, Disney Parks has unveiled the first look model of the planned Star Wars land addition set to open in 2019 for both Disneyland and Disney World.

Disney CEO Bob Iger first announced the theme park extension plans for both Florida and California parks back in 2015. Since then fans have seen some concept art for attractions and the park extensions, but nothing concrete. Construction for the expansions officially began in April of 2016 and fans have been eagerly awaiting additional information about the new additions to the parks.

Disney Parks posted a video on their YouTube channel (check it out above) offering fans a brief but exciting look of A Galaxy of Stories in model form. The video is set to the classic and iconic main theme of Star Wars by John Williams and sets up the exciting adventures to come in the new park extensions. Walt Disney Parks and Resorts Chairman Bob Chapek expressed his enthusiasm for Star Wars Land(s): “To say we are excited for the Star Wars-themed lands to open in 2019 is an understatement. All along, we have said this will be game-changing, and through the model we can begin to see how truly epic these immersive new worlds will be.” 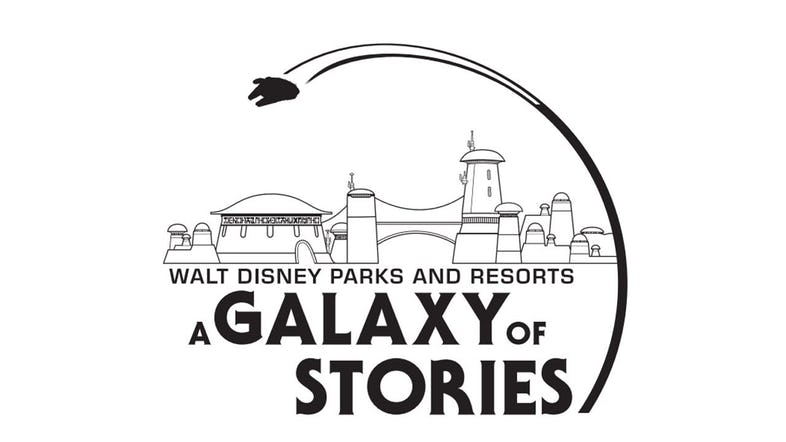 Disney previously announced back in June on their blog that it will devote an “entire pavilion” at the upcoming D23 Expo to the “the Star Wars-themed lands coming to Disneyland park and Disney’s Hollywood Studios.” The blog also used the name “A Galaxy of Stories” and unveiled the logo above. The blog post also references “the locations, starships, creatures and droids that will populate this remote village on the Outer Rim,” which lines up with the video previously shown at Star Wars Celebration this year. Odds are that “A Galaxy of Stories” will be the name of the Star Wars land expansions and not a specific exhibit in the park.

The new park will feature two main attractions: one that lets guests take the controls of the Millennium Falcon on a customized secret mission, and an adventure that puts guests in the middle of a battle between the First Order and the Resistance.

Scott Trowbridge, Disney’s creative portfolio executive, had this to say to IGN about how the Disney Parks team wanted to make the Star Wars experience immersive. “When we thought about building this place, we didn’t want to just remind you about somebody else’s Star Wars story or let you watch a Star Wars story, but we wanted you to live a Star Wars story. That was kind of the impetus for creating this new planet — or at least new to us — where you can come, you can participate if you want to. You can engage and make choices and have those choices matter and kind of live out a true Star Wars adventure of your own making.”

This is incredibly exciting news for Star Wars fans everywhere who have always wanted to travel to a galaxy far far away. The amount of detail alone in the model is incredible and highlights a variety of starships, buildings, and environments for fans to enjoy. Disney is taking great care with this project, so expect the final results to live up to the high expectations of fans everywhere.