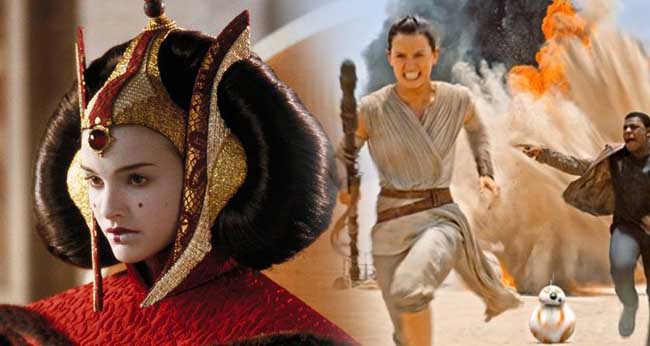 UPDATE: It’s been confirmed that this photo is actually from the set of Pirates of the Caribbean: On Stranger Tides, and has nothing to do with Star Wars Episode IX.

Star Wars Episode IX is currently under production, and Lucasfilm is trying its best to keep any secrets from coming out online. Too bad for them, because someone was able to grab a photo of this set, and it looks to be some ancient ruins covered in a jungle.

According to Star Wars News Net, security for the movie has been very tight, and Lucasfilm has actually hired some armored guards to shoot down any unwanted drones trying to catch a peek at the set.

Looking at the actual photo though, some speculation has been going around on whether this is a familiar planet or somewhere else entirely. Some guess that it could be some ruins of Naboo or maybe even Dagobah, but counting that none of the sequel trilogy films have revisited old planets, this could very well be a whole new location.

This is just my own crazy pitch, but what of the movie will feature a hundred year time jump, and what we’re looking at is actually the ruins of the Millennium Falcon which have been turned into some sort of shrine. If you look at the one of the pillars, they look very reminiscent to the Falcon’s thrusters, and the statue of the woman could very well be that of Rey.

Of course, it’s just my crazy theory so don’t look to much into it.

Hopefully we get some official reveals soon. We’ll be lucky if they come out before the end of the year.