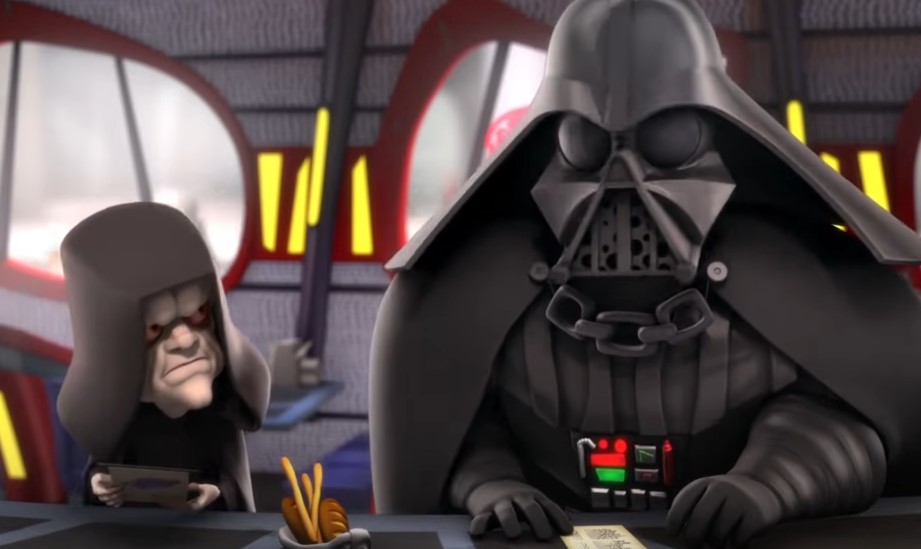 After the release of the original non-canon Clone Wars on Disney+, Disney is now looking at other old SW properties that they can bring to the platform. Word is going around that the House of Mouse is now looking at a cancelled project, Star Wars: Detours.

According to The Vulcan Reporter, Star Wars: Detours is expected to come to Disney+ as soon as May 4 (a.k.a. Star Wars Day). We don’t have any official announcement for the series yet, but it’s likely we’ll get some kind of reveal as April comes to a close.

Star Wars: Detours was actually announced back I 2012 before the Lucasfilm acquisition by Disney, and it had been shelved for almost a decade before this news came out. This was actually considered to be George Lucas’ last Star Wars project before the Disney takeover, and it would cover everything from the prequels to the Original Trilogy.

If anything, the CG-animated show looks like the offspring of Robot Chicken’s Star Wars specials; even bringing back voice actors like Seth MacFarlane (Family Guy) for Palpatine, Seth Green for Obi-wan, and Breckin Meyer (Robot Chicken) or Boba Fett.

With all these non-canon materials coming out on Disney+, fans can’t help but wonder if we’re finally going to get the remastered versions of the Original Trilogy complete with the original effects. This has been something fans have been asking for for years, and with all this non-canon material incoming, it would be great to get access to the original version of the films that started it all.

No official release date has been set for Star Wars: Detours, but the series is expected to come to Disney+ this May 4.