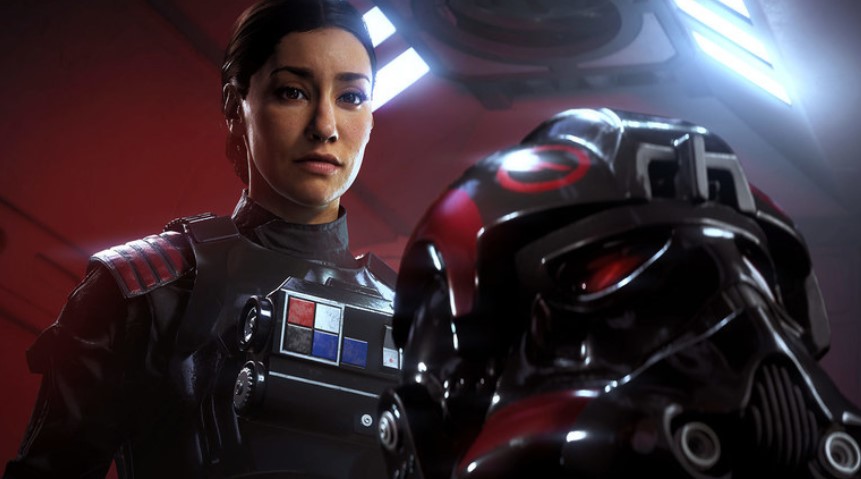 Janina Gavankar had made her entry in the Star Wars universe as Iden Versio in Star Wars Battlefront II, and as far as we’re concerned, Iden’s story is already opened and shut. What’s interesting though, is that she could be in the second season of The Mandalorian.

A fan had posted up a cast list on Twitter and asked Gavankar if she indeed was going to be in the show. Gavankar replied with:

Just in case you don’t know, Dave Filoni is the creator of shows like Clone Wars and Rebels and has recently made his jump to live action with The Mandalorian. You can read Gavankar’s tweet anyway you want, but I wouldn’t be surprised if Iden somehow made it to the series, counting that she comes from the right era and is very well alive during the time of The Force Awakens.

While I would love to see Iden as a full Imperial, it’s likely that we would see her as a rebel hero—seeing as The Mandalorian takes place after the events of Battlefront II. Then again, I would love a flashback episode featuring Moff Gideon. Heck, I would follow Mayfeld’s story while he was still an Imperial sniper.

If you ask me, I would love to see more of Iden in Star Wars. With the controversial release of Battlefront, I feel that she had become an ignored heroine; when she very much deserves to get the same adoration as Aloy or Lara Croft. With Battlefront getting the new player base, hopefully we get more love for Iden in the future.

We don’t know officially if Iden Versio is going to appear in The Mandalorian 2, but the show is set to come back to Disney+ this coming fall.