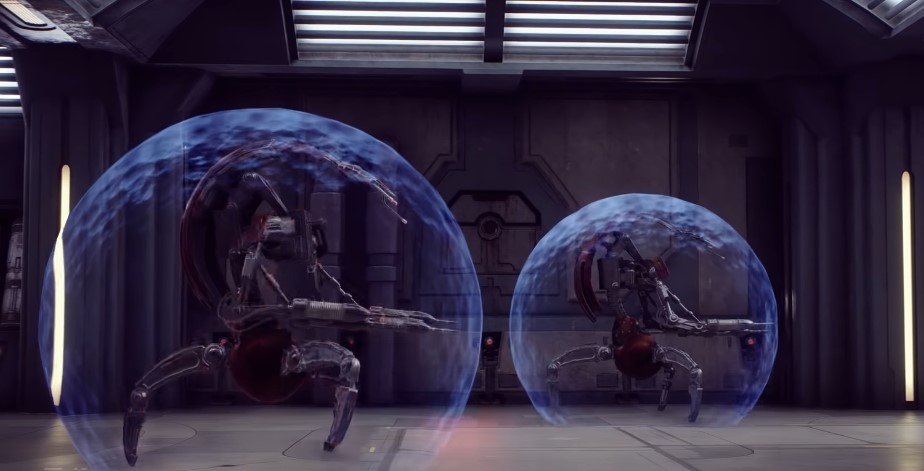 It’s finally here. After years of waiting, the droidekas are finally coming to Star Wars Battlefront II. EA Star Wars has just dropped a new community transmission video to give us all a rundown on the update, plus we get to see the reinforcements in action.

In this update, droidekas roll out on the battlefront, TX-130 Saber-class Fighter Tanks strengthen the forces of the Galactic Republic, and capital ships station themselves above Naboo in Capital Supremacy. Find out all the details in our latest Community Update video.

We’re also getting Anakin Skywalker’s Clone Wars skin as well, and I have to say they did a great job making it look more realistic—much like they did with Obi-Wan’s Clone Wars look. We also got some teasers for upcoming map Felucia plus a hint at “new ways to play the game.”

While the game had been limping for months since release, DICE has done a great job fixing the progression system and adding the live service that was promised since launch. Of course, the game still has a few bugs here and there to fix, but so far everything is looking fantastic, an Star Wars Battlefront II is looking to stay for a while.