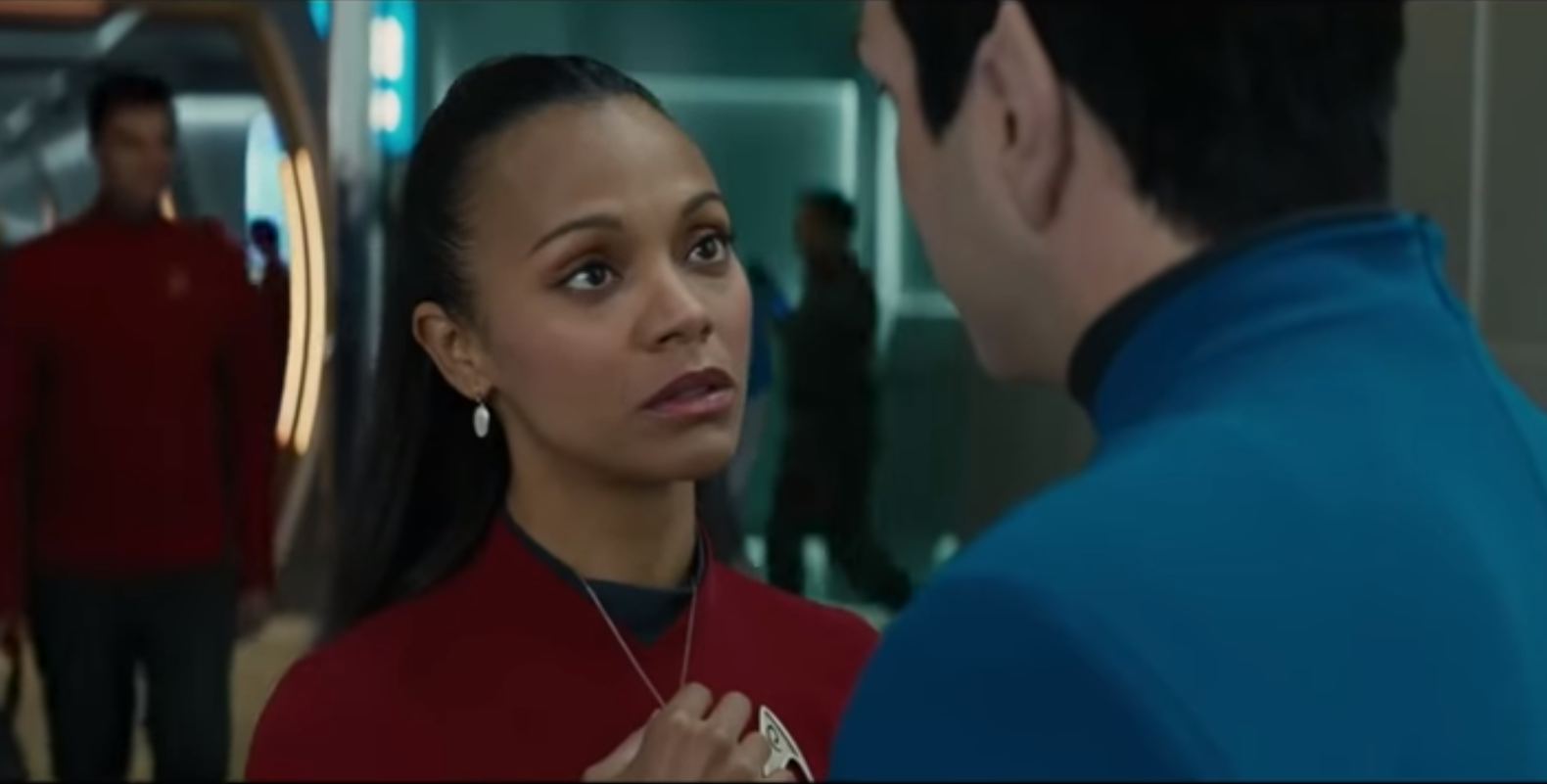 With less than three weeks to go until Star Trek Beyond hits cinemas, Paramount Pictures has released the first official clip from the upcoming film, along with some short character spotlight videos and more.

The clip appears to show Spock and Uhura breaking up, though the reason for this isn’t revealed. The encounter, in which Uhura attempts to return the necklace Spock gifted to her, leaves Spock looking confused as Uhura walks away. Bones McCoy, tactful as ever, then completely fails to lighten the mood with what Spock describes as a “typically reductive inquiry.” He’s less than empathetic to Spock, offering the half-Vulcan some unwanted romantic advice. He says: “You know, Spock, if an Earth girl says, it’s me, not you, it’s definitely you.”

The character spotlights give us quick bursts of Kirk, Bones, Sulu and Jaylah. They may be short, but the videos aren’t lacking in wit, including this exchange between Bones and Kirk.

To which Kirk replies, looking pretty battered and dazed, “I’ll see myself to the bar for a drink.”

Meanwhile, Jaylah’s spotlight brings the action, as she shows off her fighting skills and steals the captain’s seat. One of the few things we know about Jaylah is that she was stranded on Altamid, Krall’s planet, as a child. She showcases some of the survival skills she’s picked up whilst living on the planet, here:

Sulu takes control in his clip, shutting down a skeptical Kirk with the line: “Are you kidding me sir?”

Finally, Bones has a drink with Kirk, and we get to see that awkward moment with Spock all over again.

As if that wasn’t enough Star Trek for one day, the three following clips were also uploaded to Paramount’s YouTube channel.

Star Trek Beyond opens in theaters on July 22.