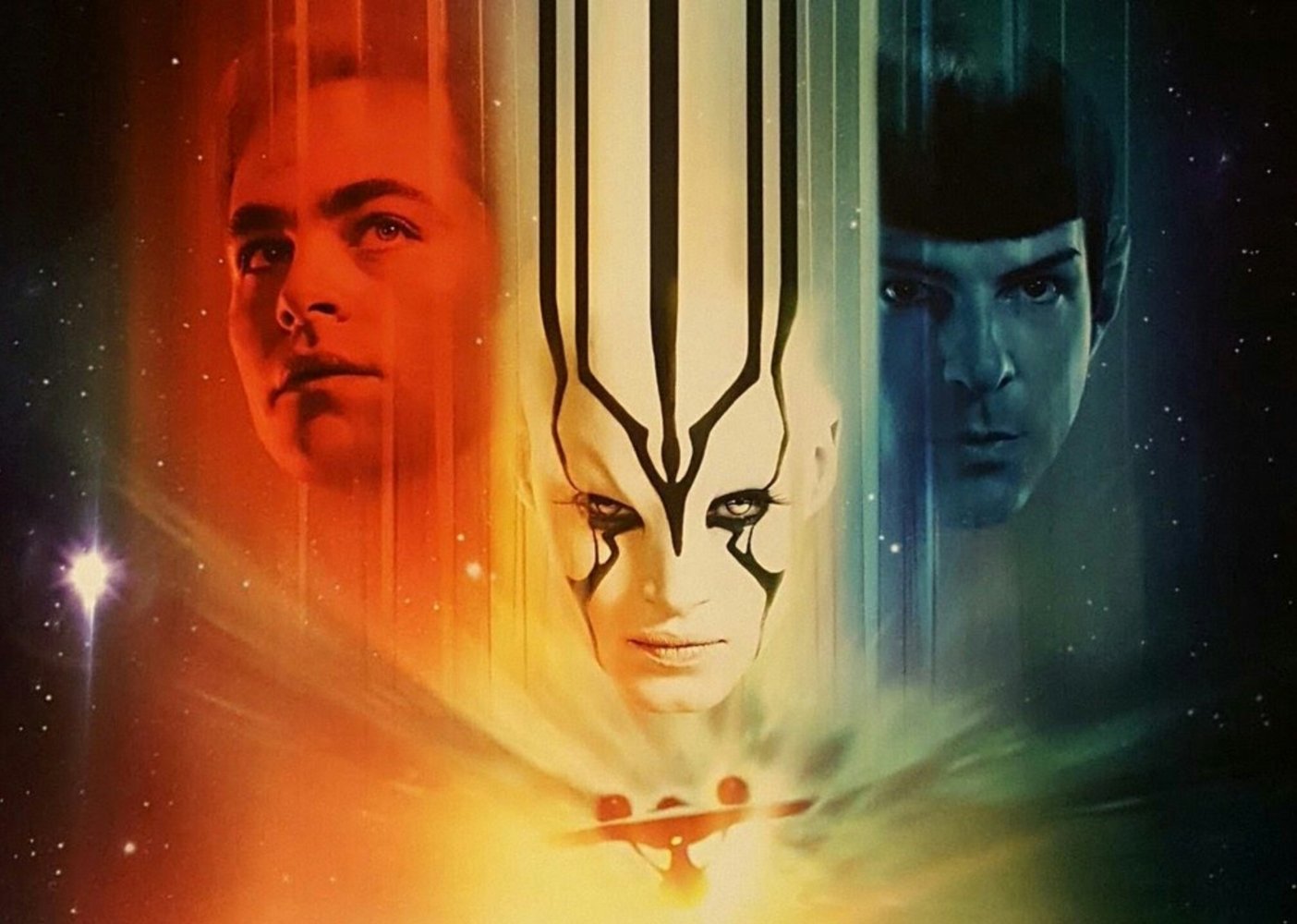 If you were wondering what happened to Star Trek‘s original sense of wide-eyed wonder, you’re not alone. While the 2009 reboot was a fresh start to a bold, new series, Star Trek Into Darkness suffered from the same dour blandness that permeated films like Man of Steel. The halfhearted fan service didn’t help matters, as the J. J. Abrams films tended to feel like Star Trek in name only. (“Here, a Klingon! And a green alien lady. And Khan. Not too familiar with the show, but the Franklin Mint collector plates are awesome.”)

Star Trek Beyond is the best film of the new series. It builds on the rip-roaring, Saturday matinee tone of the first two, but pays some much-needed homage to classic Trek. This isn’t the kind of movie where Kirk dies, then comes back to life two scenes later thanks to magic Tribble blood. The film’s references to the original are mostly subtle, and always classy. This is a Star Trek movie that fans of both series can enjoy.

The plot is classic Trek through and through. The Enterprise crew is in the third year of its mission. Both Kirk (Chris Pine) and Spock (Zachary Quinto) are hungry to leave space exploration and try other things, yet neither is aware of the other’s wishes. The Enterprise finds itself on a rescue mission, and is quickly grounded by the forces of the ruthless Commander Krall (Idris Elba). Stranded on a nearby planet, the crew must find a way to stop Krall and rescue Uhura (Zoe Saldana) and Sulu (John Cho). 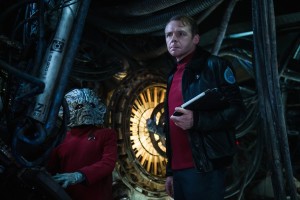 The film is as action-packed as you’d expect (even the spacedock scenes are cool), but the cast is its greatest ally. Paramount knew what they were doing when they signed these young actors to three movies. They’ve come into their own as an ensemble. Everyone brings their own unique quirks to the table. Pine is a fine Captain Kirk as always, and even throws a little Steve McQueen into the mix this time. Quinto is more hauntingly Spock-like than ever, even when he’s deliriously emotional from massive blood loss. Karl Urban’s Dr. McCoy and Simon Pegg’s Scotty are the biggest crowd-pleasers. The film is dedicated to Leonard Nimoy and Anton Yelchin, both of whom died before the film’s release.

Michael Giacchino returns to score the film, bringing back his magnificent main theme from the first two. Unlike Star Wars, it was rare for classic Star Trek films to have any sense of musical continuity. Giacchino’s score is as bombastic as you’d expect, but he makes time for the occasional Jerry Goldsmith-style motif. If you’re a fan of film music, you’ll notice it.

If you see the film in a Cinemark theater, you get an on-screen thank-you message from actor/co-screenwriter Simon Pegg. If you’re lucky, you just might get a super-rad collector’s print. They’re on high-quality paper and are suitable for framing. 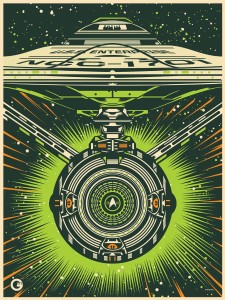 While television will soon see a return to the original Star Trek continuity, plans are in place for the film series to continue. Justin Lin has proven to be the perfect director for the franchise. Along with Pegg and co-writer Doug Jung, he’s made a movie that any Star Trek fan should be proud of.