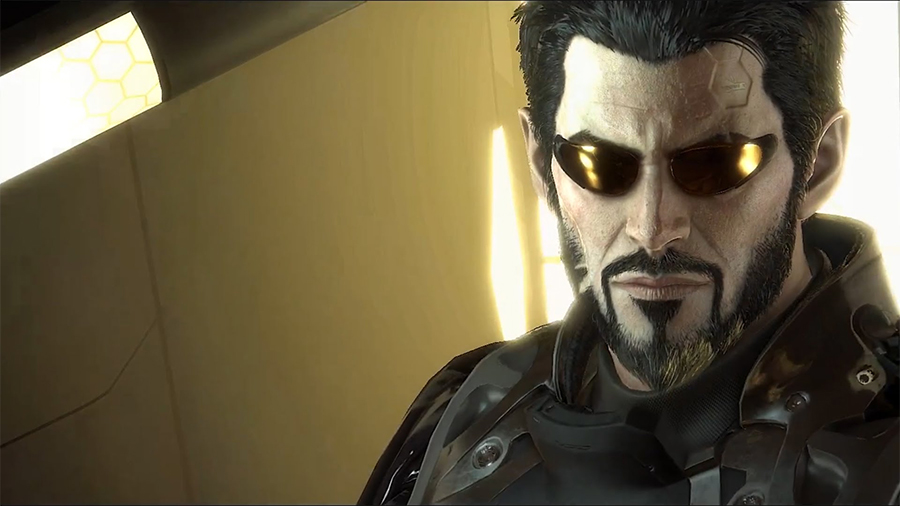 Deus Ex: Mankind Divided is great. It’s definitely a game of the year contender, and an instant highlight of this console generation. The gameplay from Human Revolution has been improved, the level design is near perfect, and stealth never felt so good. Despite the less than exemplary narrative when compared to its predecessor, Mankind Divided’s five year wait was well worth it. However, while we’d like to think the brilliant team at Eidos-Montréal is celebrating their work being wonderfully received, the stress has likely yet to settle.

The game’s preorder and microtransaction controversy has left a bad taste in the mouths of many. In cases such as these, it’s rarely the developer’s fault. Horror stories have been heard in the past of devs being forced to shoehorn content they didn’t plan, based on publisher interference. But this reported story may take the cake. Not only was Mankind Divided’s development put in a bind, it’s alleged sequel may have taken hits also.

Jim Sterling posted a video following the game’s release, chronicling publisher Square Enix’s poor business practices throughout MD’s marketing campaign. As Sterling’s noted in the past, some devs listen to his content. This time, a Deus Ex developer was paying attention. According to Sterling, one of the game’s developers, whose credentials hold up to his investigating, offered him the scoop on Square Enix’s interference. This isn’t an employee angry with their boss. This is an artist frustrated with how their and their colleague’s work was meddled with for monetary gain.

Mankind Divided was in development for over five years. According to this unnamed dev, the game’s praised balancing was intentional. The added microtransactions that work to unbalance that aspect were not. The studio wasn’t given the word on microtransactions until right before the game was complete. At the time, they were ironing out the bugs and polishing any issues. When the order came in to add purchasable weapons, praxis, and other items — things easy to come across during the game — they were taken aback.

However, that isn’t the end of it. Apparently, another team was already beginning work on MD’s sequel. This may explain the last few words spoken in the game proper (not counting the epilogue). Those folks were pulled to add in the microtransaction bits and the recently announced Breach mode. You know, the mode no one asked for, not even Eidos or Jensen. It seems to be an answer to the series lacking a multiplayer component. Interestingly, a similar move occured with the Tomb Raider reboot, also published by Square Enix. According to Sterling’s source, Breach was added to MD to avoid player’s potentially feeling the game’s campaign was “stale.” As if anyone anticipating the narratively layered and gameplay dense Deus Ex will need a mini-game to keep them occupied.

If true, Square Enix’s tampering sounds egregious at best. Fans are patiently awaiting news of the single player DLC, listed as “Jensen’s Stories” in the game menu. If wasn’t for Human Revolution’s well done Missing Link DLC, wariness would surely be in the air. Since Eidos was still able to churn out a fantastic title, hopes are high the series will continue to hit the mark.

The game reportedly needs to sell upwards of 3 million copies to break even, courtesy of its 70 million budget — $50,000 of which supposedly went to an online documentary series. However, we’ve seen in the past with the Tomb Raider reboot and Hitman: Absolution that selling 3 million copies often isn’t good enough for Square. If the publisher really wants to sell us on the Deus Ex Universe launching, they should start by letting creators do what they do best, and trusting their audience to pull through in support.

You can watch Jim Sterling’s video in its entirety below.

Deus Ex: Mankind Divided is in stores now. If you have changed your plans to purchase because of the microtransaction and preorder debacle, rethink the gesture. Yes, in a way, it means supporting Square’s poor business practices. It also sends a message to the developers that fans appreciate the past five years they’ve worked on what may be a masterpiece in its own right.