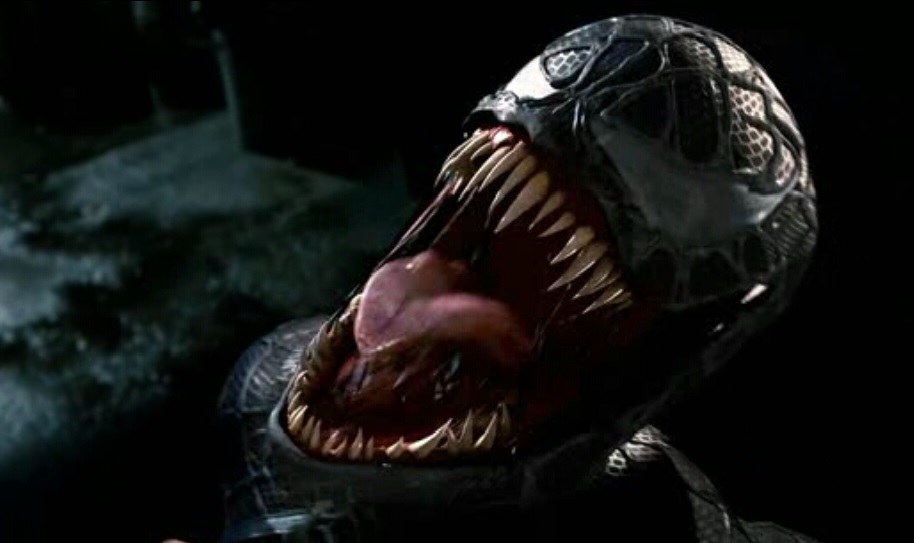 The recent superhero shuffle, which sounds like a spandex clad dance craze, has seen Warner Bros. bump Aquaman back by two months to a December 21st 2018 release big screen splash. The Batman is currently loitering in the darkness of release window purgatory, which to be honest is probably where that character is happiest. Sony are bucking the trend by announcing that Spider-Man villain, Venom will get his own movie as soon as October 5th 2018.

We’ve seen the black goop transformative bad-guy before, in Sam Raimi’s bloated 2007 threequel, where he did what Venom does best, and used Topher Grace as his host. That didn’t quite work, feeling like an afterthought in a movie crammed to breaking point with villains. Raimi himself has spoken about how creative control was taken from him on that movie, with the studio keen to push Venom as a character.

There was also talk of a Sinister Six movie, which was to be written and directed by Daredevil and The Martian scribe, Drew Goddard, as a spin-off to the Andrew Garfield Spideyverse, and was even teased at the end of the The Amazing Spider-Man 2. However, this was nixed when that film underwhelmed on both a critical and commercial level, kick-starting this entirely new web of movies.

So there’s either a real creative drive behind getting the fan-favourite character right, or Sony have seen how you can make megabucks from an unconventional bad guy, having witnessed the recent success of Deadpool and Suicide Squad, and cynically jumped on board.

There are no details on talent, or whether this will cross pollinate with Homecoming, but Variety report that whoever sits in the director’s chair will be working from a draft by Scott Rosenberg (Jumanji), and Jeff Pinkner (The Dark Tower – which at this rate, probably won’t be out before Venom).