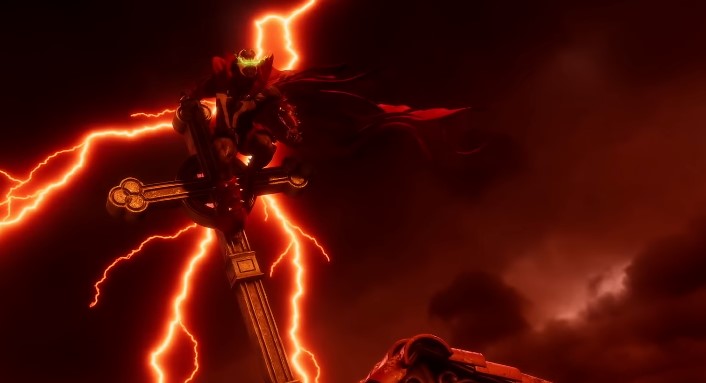 Only one more announced DLC character is left for Mortal Kombat 11, and that’s Todd McFarlane’s Spawn. Just in, NetherRealm has dropped a new gameplay trailer for the character, and he’s as Spawn as you can get, complete with chains, flames, and a ridiculously large cape.

Like I said, the devs really stayed true to the character, and Spawn makes several uses of ‘demon things’ like fire and chains. So as not to make him too similar to Scorpion, they also have Spawn the ability to fight with his cape (like Sindel does with her hair). I especially love the tattered effect they have on it, plus it can get very large, depending on what’s happening onscreen.

What’s also great is that the devs managed to land Keith David to do the voice of Spawn. David had voiced Spawn in the original series which came out in the late 90s, and it’s pretty cool that he was open to reprise the role for the game. If you don’t know David from Spawn, maybe you’ll recognize his voice as the US President from Rick and Morty.

With Spawn arriving to the game, fans are now curious who else would be coming in the second wave of DLC. We’ve been teased about Ash from Evil Dead for a while, but we’ve yet to get him; hopefully he’ll arrive sometime later this year, complete with a bunch of other kooky characters.

Spawn becomes available for Early Access on March 17 and fully releases on March 24. Mortal Kombat 11 is now playable for Xbox One, PS4, Nintendo Switch, and PC.