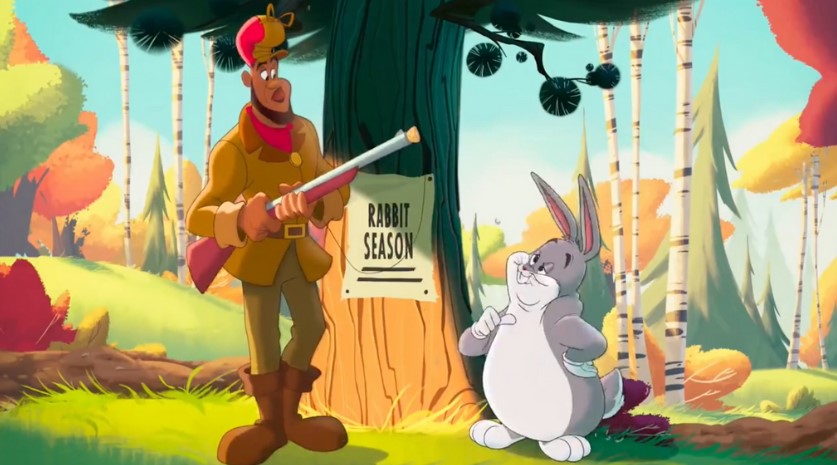 Based on the trailers alone, we knew that Space Jam: A New Legacy was going to be filled with references, but a lot of fans had no idea that there was also going to be a reference to the internet meme ‘Big Chungus’. What’s funny is, the artist behind the animation had no idea what Big Chungus was.

Sharing a portion of the film that he animated, @MattWilliames shared that he had no idea that he was making a reference to a meme. He posts:

If I am being totally honest I had NO IDEA what "Big chungus" was. I thought we were referencing the original 1941 cartoon when Bugs impersonates Elmer. It wasn't until the animation director, Spike Brandt, told me about "Big Chungus"… and I still didn't understand. I'm old–

To be fair, he’s actually references the origin of the meme, a cartoon where Bugs does impersonate Elmer Fudd. Here’s the original short (‘Big Chungus’ appears at 1:58):

As for the origin of the meme itself, its ‘history’ is actually quite complicated, but there is a lot of humor poking fun at how ‘Big Chungus’ is a highly-anticipated PlayStation game. You can read about it here.

While critical reception for Space Jam: A New Legacy was initially poor, a lot of fans who have been able to check out the film actually think that it’s a good bit of family fun—maybe even better than the original Space Jam. At this point, kids aren’t going to care about the ‘nonstop WB commercial’ and just have fun with all the characters. The Looney Tunes are great, and I think the arc of LeBron James and his family is something modern kids can relate to.