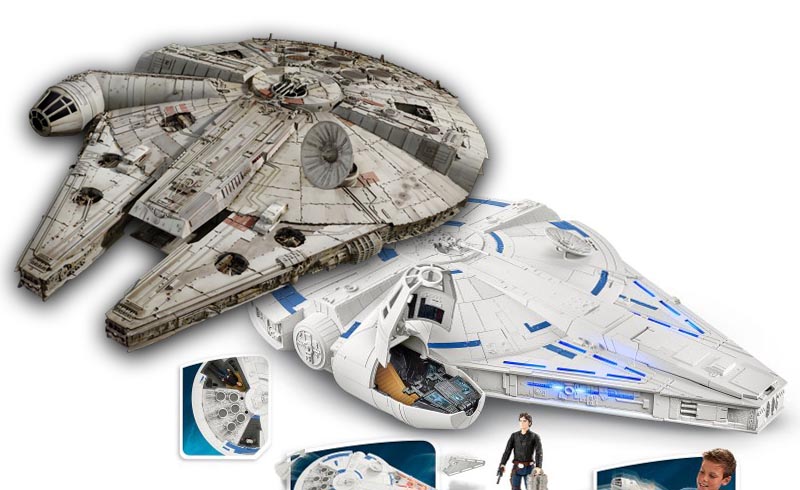 The previews for Solo: A Star Wars Story have sparked a lot of discussion among fans, and one of them is about the Millennium Falcon’s old/new sleek look. A lot of fans are confused as to why the ship is missing its trademark “prongs,” and thanks to Entertainment Weekly, we may have an answer. 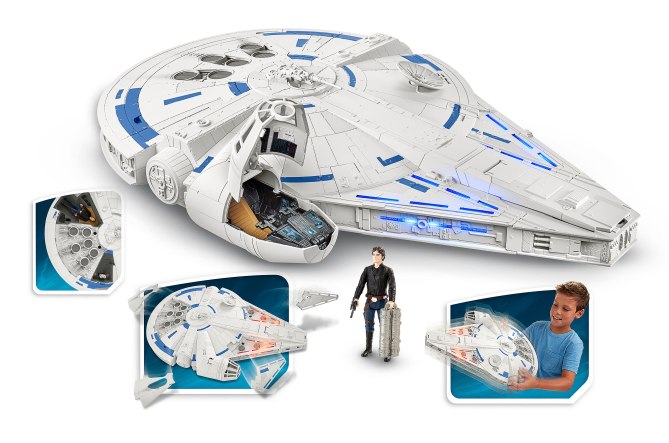 Hasbro has released some new images of the Falcon from Solo, and it’s revealed that the front piece actually flies off to form a smaller ship, leaving the classic Millennium Falcon shape behind! 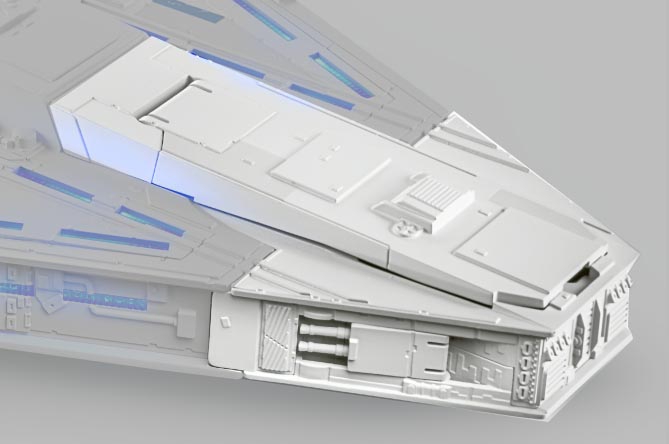 This concept isn’t a stranger to Star Wars at all. In the show Star Wars Rebels, the Ghost also has a smaller ship that can detach/attach to it called the Phantom. Probably at some point in the film, the front nose will be destroyed, leaving Han and Chewie to just keep driving with whatever’s left of the Falcon.

Not to mention, this will explain a “plot hole” that some fans are complaining about in Revenge of the Sith. With the Falcon coming out “whole” in Solo, a lot of fans are pointing out that the ship that made the cameo in Revenge of the Sith already had the Falcon with the “prongs.” Now with this concept in mind, it could be said that the smaller ship was merely detached at the time of the cameo, and now in Solo, we get to see it whole.

Aside from it being such a cool feature to any Millennium Falcon toy, I think it will give a lot more history and lore to the ship itself. It’s been said that the Falcon in the film is kind of its own character, and it would be interesting to see what kind of ‘arc’ it has in the movie.