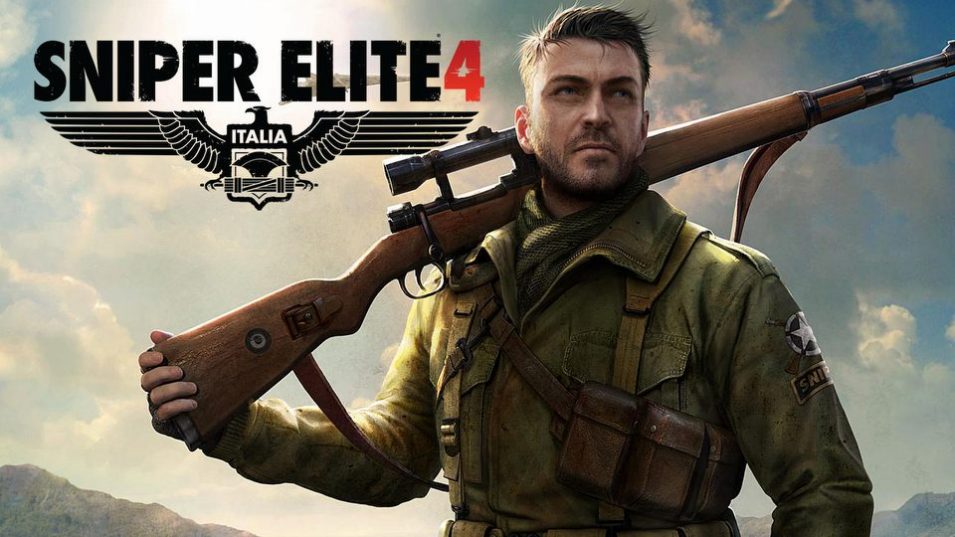 Taking a glimpse at the climate of gaming today reveals AAA and Indie development dominating the scene. In recent years, the middle has fallen off, as developers like the not-so-long-ago shuttered THQ take hits. However, second tier development, for lack of a better term, is still alive to some extent. In fact, many titles thrive courtesy of skillful marketing and well-timed releases. One series seemingly flourishing is Rebellion’s Sniper Elite franchise, third-person tactical military shooters that emphasize the genre’s glory moments. In each iteration, thus far, the player takes on the role of a sniper. Like pretty much everything else with this fourth entry, the series’ core pillar hasn’t changed.

In Sniper Elite 4, American OSS marksman Karl Fairburne journeys to the Italian front in WWII. Of course, as he himself notes, there’s no time to enjoy the scenery. At every turn is a German threat looming, sometimes making stealth a necessity. However, the franchise’s still clunky controls and silly enemy AI makes even the most committed of stealth playthroughs headache inducing. This is despite new elements of sneaking tactics being added since entry number three. There’s foliage to hide in, which works wonders at times, and there’s a snap-to cover system that doesn’t always snap-to. But when you’re feet behind a guy you’ve manipulated into a position of your choosing with a rock throw, nothing feels better than a quick knife-kill. The x-ray imagery that follows is just the icing on the cake. 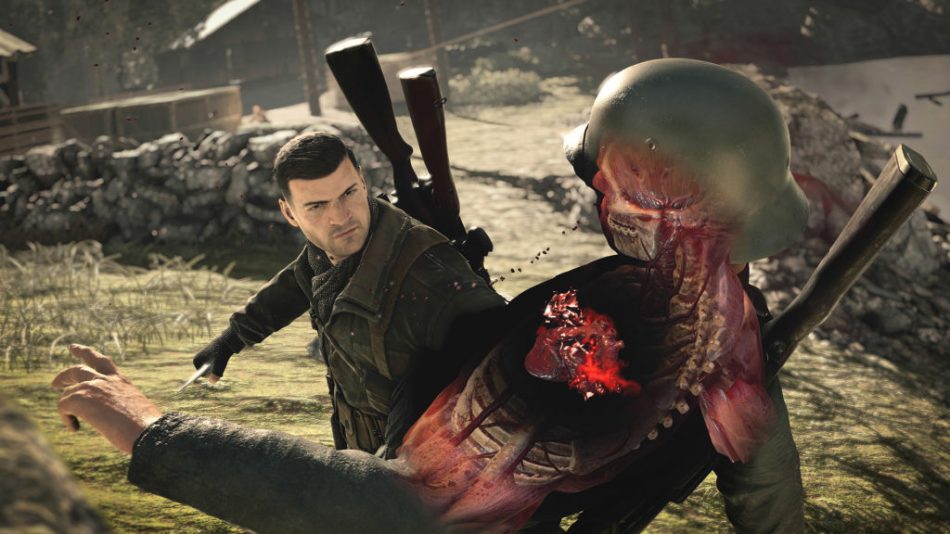 There are eight missions total, each of which offers a different look at the Italian theater of war during 1943. For Sniper Elite 4, the series’ mission structure has been altered. At the start of each one, Karl is dropped into a small space where he can roam and talk to a few allies to get intel concerning the upcoming mission’s side quests. Once he departs that area, a large hub opens up — think Hitman: Absolution, but slightly larger. Of course, you’re given progression-contingent main quests, while the side missions are optional. The latter can range from killing a specific target, taking out a tank, collecting documents and more.

Exploration, while not integral, can be key to leveling up quickly, as nearly every action performed in the game rewards XP. Said XP raises Karl’s ranking, allowing you to unlock new weapons and purchase items with in-game currency. Most interesting about what the exploration warrants are the collectibles.

Throughout the game-world, you’ll come across documents, some of which are intel tied to the aforementioned side quests. Other documents, however, are found by searching the bodies of soldiers you slay. When such items appear seems random, but reading the notes, while not essential, can be intriguing. Some of them are letters from loved ones, speaking on the birth of a child, or an anticipated wait for the return of the now deceased soldier. Often, the documents are written by the soldiers, letters yet to be sent home from the front. It’s a small touch, yet familiar to anyone who’s played narrative-focused games in the last decade or so. 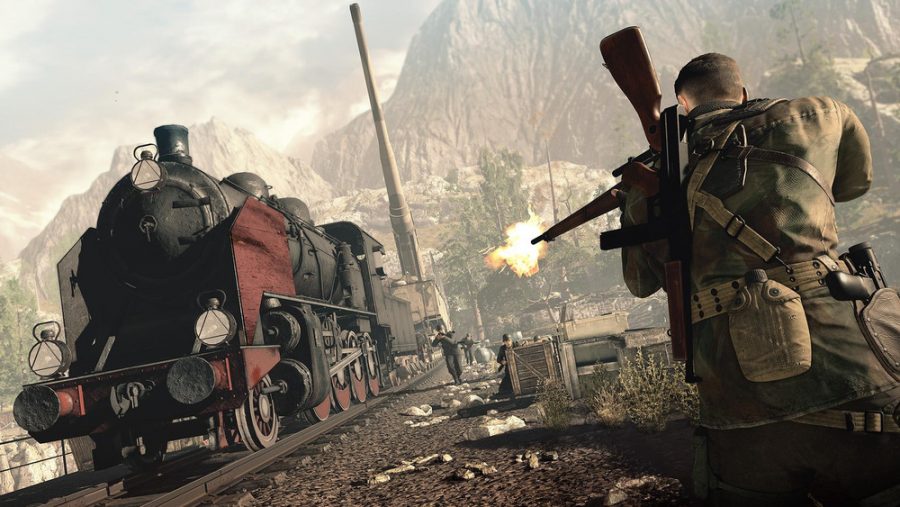 Sniper Elite 4’s narrative is procedural. Again, Karl is dropped in a zone of war, given a task, and does it without question. He himself is still pretty bland — a stereotypical military man who never says much and follows orders accordingly. Interestingly, the story doesn’t necessarily benefit nor suffer from his one-dimensional nature. Akin to the three titles before it, the plot here is nothing special, yet services the gameplay well.

The gameplay itself is what fans have come to expect of Sniper Elite, with the aforementioned stealth additions slowing the pace a bit. The latter notion isn’t a knock against the game. It’s pretty awesome to move through the environments, tactically planning your next move, while trying to keep all enemies in sight. Stealth can, when it works, feel rewarding, as XP bonuses are offered for going “ghost” or unseen during an encounter, which again is reminiscent of Hitman.

The series’ gratuitous violence may not appeal to some, but it feels more streamlined here, even though it’s still hard to tell when one of the x-ray scenes will pop up. Perhaps the violence works better because of the letter/journals that can be found on the bodies of recently slain enemy soldiers. Said documents humanize those typically considered cannon fodder. But if more attention was given to the overarching narrative, maybe the franchise’s selling-point could mean more than just another glorified feature on the back of an M-rated box.

If you’re looking for a deep and methodical tactical shooter, you can find much better than Sniper Elite 4. However, if you’re on the hunt for a time-sink while awaiting larger releases, this sequel may very well hold your interest and keep you engaged.