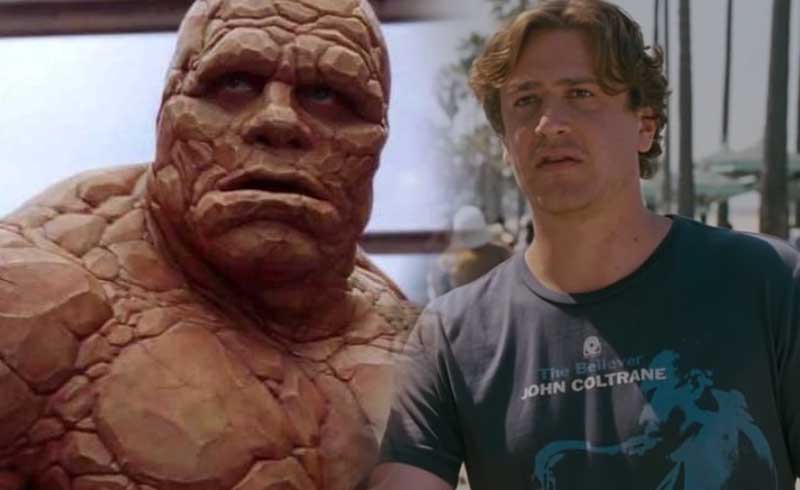 After John Krasinski’s surprise cameo as Reed Richards in Doctor Strange 2, it seems like another sitcom star may be joining the MCU as a member of the Fantastic Four.

According to a rumor from The DisInsider (via OneTakeNews) How I Met Your Mother star Jason Segel has allegedly been cast as the MCU’s Ben Grimm a.k.a. The Thing. We don’t have that much details on the character, but it is rumoured that he’ll be making an appearance in She-Hulk: Attorney at Law.

Though there hasn’t been anything officially confirmed, a lot of fans think Segel is the perfect choice for the part. Besides his stature, Segel can perfectly play both confrontational and loveable—which is probably a characteristic we can expect from the ‘Ever-Lovin’ Blue-Eyed Thing.’ Plus, Segel has had a confrontation with the Hulk onscreen before:

While we should expect the Thing to be brought to life with CG, I would love it if Marvel went the Michael Chiklis route and gave him a prosthetic suit. But seeing as I don’t expect Segel to want to deal with the hassle, I think he would be completely fine just providing the voice and having someone else do the mo-cap. Who knows, maybe the Ben Grimm we meet in She-Hulk could be a pre-cosmic rays exposure version of the character?

After a great introduction of Ms. Marvel, I’m hoping for She-Hulk to bring someone different to the superhero genre. After Better Call Saul, we need some kind of new lawyer drama/comedy on TV.